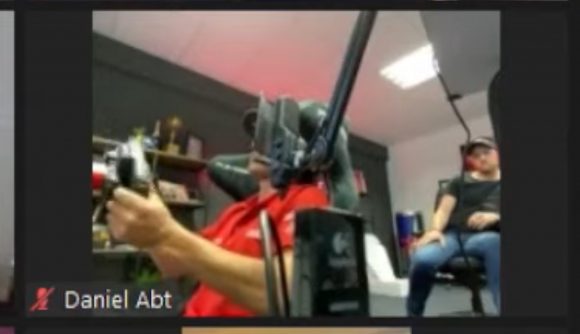 Formula E driver Daniel Abt hadn’t finished above 15th place in the digital races that have replaced the real-life events – until this week’s Race At Home Challenge supporting Unicef, where Abt took an early lead and ended up placing third. The only problem is that it wasn’t actually Abt behind the wheel. Instead, it was a pro simulation driver that Abt brought in as a ringer, and now both traditional and esports racers are facing disqualifications and penalties for the deception.

Abt has been disqualified from the race, and will be forced to donate €10,000 to charity (around $10,900 / £8,900). Esports racer Lorenz Hoerzing, who was actually driving the car, has been banned from related races featuring digital-only drivers.

“I would like to apologize to Formula E, all of the fans, my team and my fellow drivers for having called in outside help during the race on Saturday,” Abt said in a statement (via The Race). “I didn’t take it as seriously as I should have. I’m especially sorry about this, because I know how much work has gone into this project on the part of the Formula E organisation.”

The wildest bit about all of this is that live video from Abt’s streaming setup was broadcast alongside all the other drivers ahead of the race. But here (about 1:06:25 in the video below), Abt’s face was obscured from view by a bit of metal rigging, for reasons that are now obvious.

Racing games have helped take the place of real-life sports in the current pandemic, but the transition to a simulation cockpit is apparently a bit too much for some to undertake.