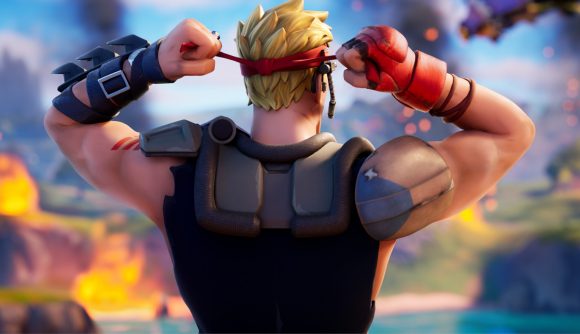 Fortnite‘s latest update is coming in fast, and Epic has shared both what to expect from it and when to expect its arrival. The Fortnite 16.30 release time has been confirmed for the morning of April 27, and the update will bring some notable new features, as well as some major improvements to the inventory menu, which will make it easier to check your weapon stats and access the crafting menu.

Downtime for the 16.30 update is scheduled for Tuesday, April 27 at 1am PDT / 4am EDT / 9am BST. You’ll be able to download the new update as downtime is underway, and while Epic has not provided precise timings for when servers will be back online, it’s safe to expect this to be a fairly short rollout period.

As of 16.30, you’ll be able to see precise weapon stats – like damage and fire rate – when you inspect an item in your inventory. (The community has had these stats figured out for ages, but it’s great to see this stuff becoming more visible in-game.)

You’ll also be able to hold the inventory button when you’re holding a craftable item to jump straight to the crafting menu – a feature that the game’s really needed ever since weapon crafting was implemented at the start of the season.

➕ Stay low, stay safe in a new LTM this weekend: The Floor Restores

There are also hints of a handful of new features here, including a new LTM, a new exotic bow, and the fact that you’ll get to “help Jonesy the First take on Raz”. You can also expect to see the Neymar Jr content arriving soon.