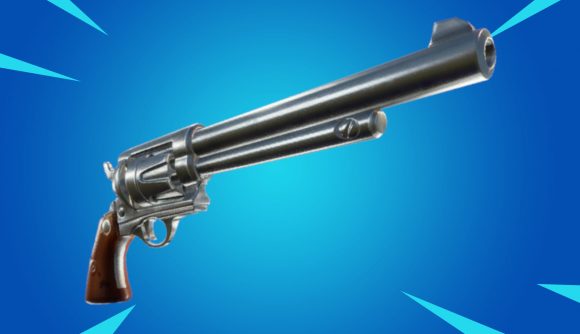 Another Fortnite update is upon us, and Epic has once again graced the world with a few scant details on what to expect from the patch. The Fortnite 16.40 release time is officially set for May 11, and it will shuffle the lineup of exotic weapons available in the battle royale – the Dub is going into the vault in favour of bringing back an oldie in a new, exotic form.

Downtime for Fortnite 16.40 begins on Tuesday, May 11 at 1am PDT / 4am EDT / 8am GMT. No word on exactly how long downtime will last, but these midseason updates don’t typically take very long. Barring any unforeseen technical issues, you should expect to be playing the new stuff in the update on Tuesday morning.

The Dub, the exotic version of the double-barreled shotgun, will be vaulted as part of this update. In its place, we’re getting the “exotic marksman six shooter”. The six shooter has been vaulted since the original Season 7, and while it’s briefly been available in various ways since then, this exotic variation will be the first time it’s been more widely available in ages.

This will also mark the start of the second in Fortnite’s Wild Week series – looks like the theme this time is going to be fish.

Your offering will be applAUded.

We’re about to hit the expected Fortnite Chapter 2 Season 7 release date in June, which you should expect to bring some more formidable changes to the game.