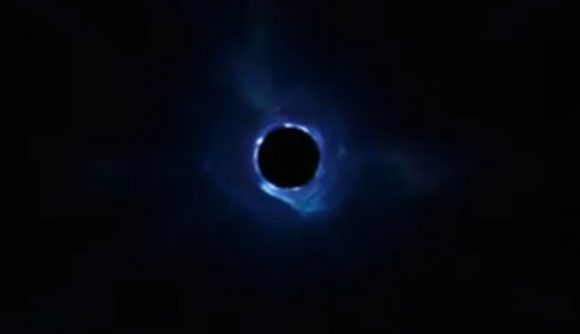 Fortnite has ended. The entire map’s been sucked into a black hole, and the game is now down as we wait to see whatever it is Epic has in store next. The End itself was a doozy, and besides all the players in-game, it’s drawn millions of viewers across various streaming platforms – and killed Twitch along the way.

The event started as the countdown on the map hit zero. The rocket underneath the counter took to the sky and disappeared into a portal, as numerous other portals opened up throughout the sky. The rocket came back, then split into multiple copies of itself, zooming around the sky and through the portals.

Eventually, all the rockets converged to create a new portal to intercept the meteor. Then, the rockets and meteor reappeared in the sky and crashed straight into the center of the map, creating a black hole that sucked in everything. Eventually, the game went to a black screen with a circle in the middle, surrounded by an astral cloud. From there, your only option is to exit the game.

We expect Fortnite to come back up after downtime and launch into Chapter 2. For now, you can stare at the circle in the live stream below. (Or rewind the video to actually watch the event.)

You could even see the effects if you were sitting at the menu.

Those who missed the event still were affected in the lobby.

The End drew over six million concurrent viewers across YouTube and Twitch, as Rod Breslau notes on Twitter. While ‘only’ about 1.5 million of those viewers came from Twitch, it was still enough to briefly crash the service, and even Microsoft’s Mixer platform was similarly affected.

As we’ve said before, Fortnite is dead, so long live Fortnite Chapter 2. As we approach what would’ve been the Fortnite season 11 release date, Epic’s clearly painting this as a major relaunch for the impossibly popular battle royale, and we’ll soon see exactly what the game has in store.