This questline, given by Doctor Slone, requires that you first find the dead drop in Weeping Woods and talk to a bunch of Fortnite NPCs that are still loyal to the IO. Once you’ve completed that quest, you then need to acquire one of the IO alien weapons to damage enemies, and damage an IO guard to mark you as an enemy. They’re all relatively straightforward steps, but completing them with other players shooting each other around you will be another matter, especially if you’re after the new cosmic chests in Fortnite.

So if you want a whole bunch of experience to put towards the Battle Pass and unlock some of this season’s Fortnite skins, you’ll want to finish these limited time quests before the next set of legendary challenges drop next week. 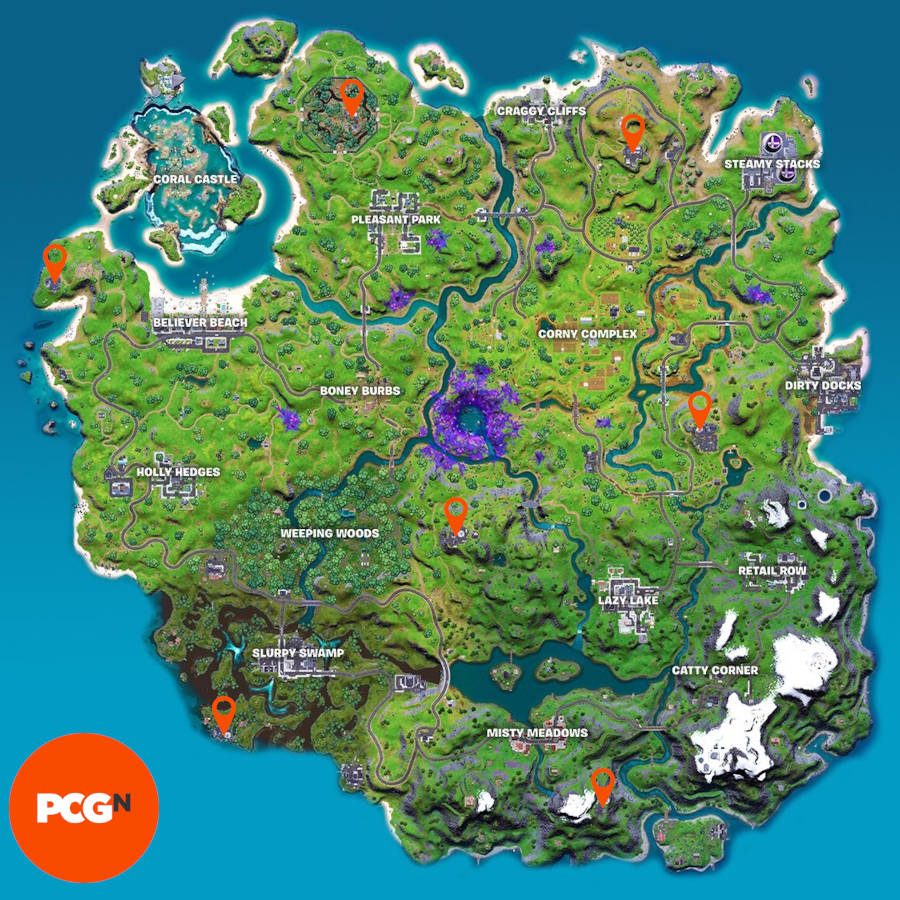 All of the body scanners are in IO bases, and there are seven scanners in total. You only need to use one to complete the challenge.

The Fortnite body scanner locations are:

Once you’ve found a body scanner, step on top of it and it’ll scan you. This will take a few seconds, so make sure that you don’t have any enemy players around, or you’ll be a sitting duck.

Armed with the definitive proof that you are not an alien, you’ll complete the Fortnite body scanner challenge. While you’re here, you may want to know what the tweaks are to Fortnite crafting and which animals appear on the map in the new season. We also have guides for recent collection-based challenges, including the locations for the spray cans, and the graffiti-covered walls.