Want to know where the Fortnite downed black helicopter and broken telescopes are? With the Fortnite Chapter 2 Season 7 release date around the corner, there have been some strange occurrences in Fortnite’s map. The plants in Colossal Crops have disappeared, telescopes have been mysteriously broken throughout the map, and now there is a helicopter that’s crashed, emitting a strange transmission.

These are the first two Foreshadowing challenges in the game and they serve as a link between seasons. More will likely appear throughout the course of the next couple of weeks, but you’re probably wondering where to find them, as they’re not highlighted on the map in the challenge screen.

Don’t worry, we’re here to help with that as we will show you where the downed helicopter is and what you need to do in order to hear the transmission. We will also detail exactly what you need to do to mend the broken telescopes, as all five of them are scattered throughout the map and require materials to fix. 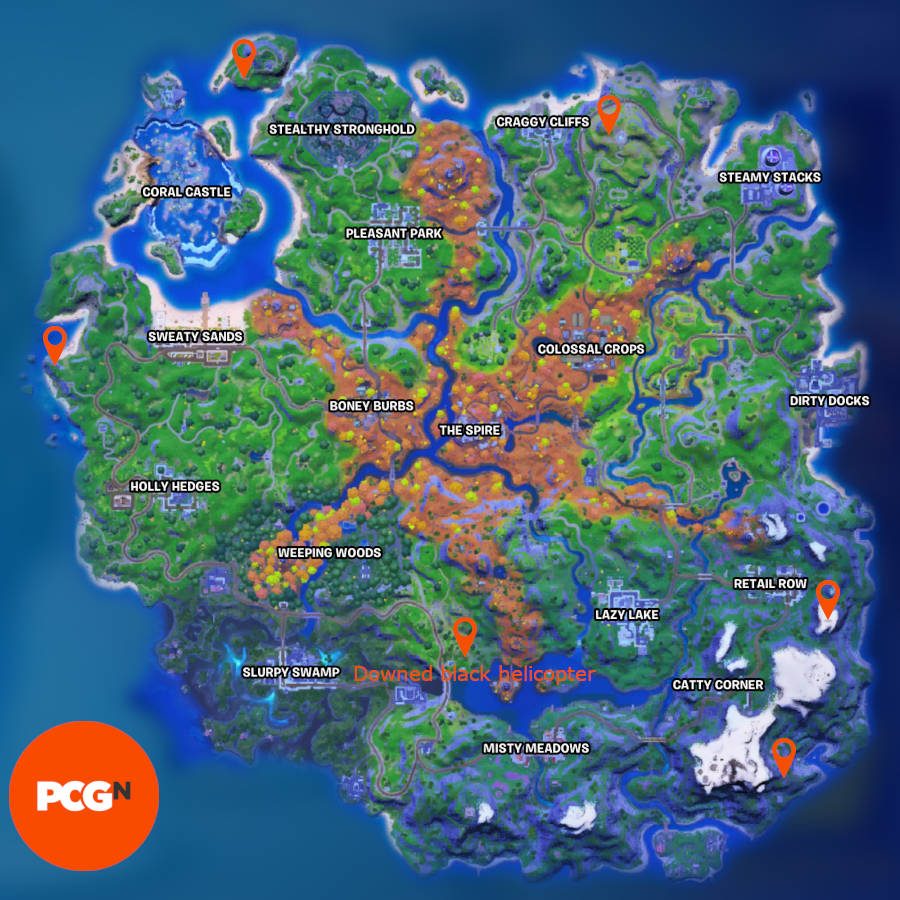 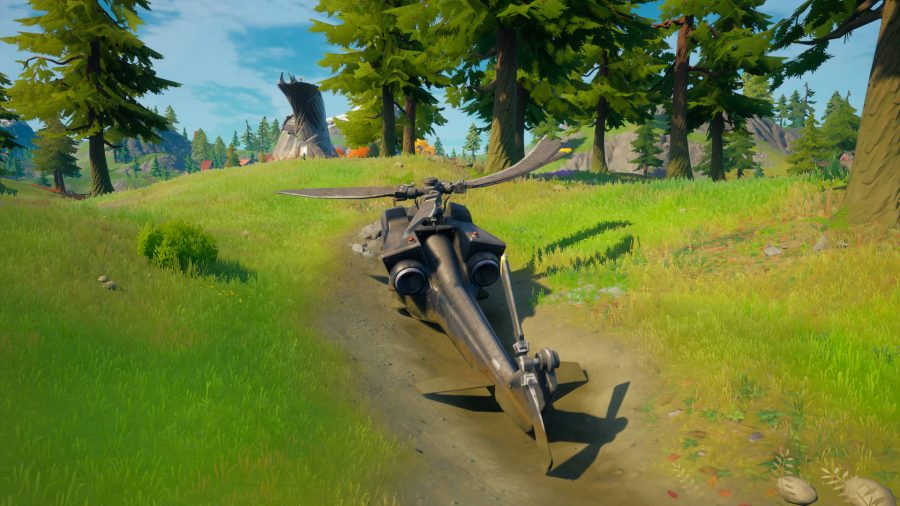 The Fortnite downed black helicopter crashed to the west of Lazy Lake, near the Spire outpost. However, it’s not enough to just find the helicopter. As you approach, you’ll hear some static and a voice trying to communicate a message.

Interact with the helicopter and you’ll see some text. There is a sequence you need to press to tune the radio to decipher the message, with each step making the message less obscured by static. Keep messing around with the plus and minus prompts until you get the full message, “India Oscar field decon truck inbound, OPSEC level 3 is in effect, repeat, OPSEC 3 now a GO.”

With that sequence entered and the telescopes fixed, you should complete both of the first Foreshadowing challenges. Hopefully it doesn’t take too many games to tune the helicopter’s radio, as we’re sure there will be plenty of campers waiting to take out anyone fixing the radio. While you’re here, why not check out some of our other recent challenge guides? We’ve got info on taming Fortnite animals, crafting new weapons, and locations for hidden items like the Fortnite research books. There’s also instructions for how to get the Neymar Jr Fortnite skin.