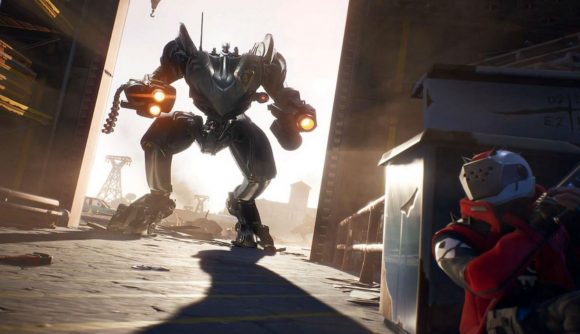 Fortnite Season X kicked off last week, rolling back the clock on Epic’s battle royale, as well as introducing the incredibly powerful BRUTE to the game. The two-player vehicle is mobile, well-armoured, and comes with plenty of firepower, and players have been making their discontent known.

BRUTES have dominated the game since their arrival, and Epic now says that it’s looking into them. In a post on Reddit earlier this week, a representative for the developer told players that “right now we’re evaluating B.R.U.T.E gameplay, as well as observing how it performs across all modes and skill levels.”

The statement goes on to say that the developer is “also working to fix movement-related bugs with the B.R.U.T.E to address exploits,” which had allowed players to cannonball themselves across the map far faster than intended. That bugfix is likely to arrive relatively relatively soon, while a potential change to the mech itself will probably take far longer to implement.

Quite what Epic will do to address the BRUTE’s power remains to be seen, but the community has been pretty clear in terms of what it wants to see. The vehicle has been unpopular since its very first teaser, and now even pro players are weighing in.

After being trampled by the mech in a stream last night, Fortnite World Cup winner Bugha said (via Dexerto) that he was “never playing this game again,” calling on Epic to “remove [BRUTES] now.”

Quite what move Epic will take remains to be seen, but it seems to me that the only way to fix the issue players are having with the mechs is to give them a crippling nerf, or remove them from the game altogether. Given the fate of powerful items like the Stormwing and the Infinity Blade, I think I know what fate is likely to befall the BRUTES.