Fans don’t have long to wait until the Fortnite Chapter 2 Season 2 release date at the end of February, so what can you expect from the next season that could really top the way Epic Games introduced Chapter 2?

Of course the next Fortnite season is somewhat unprecedented in as much as it is the first new season since the Fortnite Chapter 2 launched. It’s possible that the decision to launch Chapter 2 will also affect the scale and style of update that players receive with each new season. Epic Games didn’t go into exact details in their announcement, but the studio confirmed that it will be testing and rolling out a new physics engine.

We’re also curious to see where Epic Games decides to take the lore aspect of Fortnite with the new update – teasers have been rolling in thick and fast, with mysterious transmissions accompanied with cryptic images. One thing is for certain, we’ll have an all-new Battle Pass replete with Fortnite skins to purchase when the Chapter 2 Season 2 launch day does arrive.

In order to prepare you for your next foray into Fortnite, we’ve assembled a simple guide going over all the latest Chapter 2 Season 2 details, from our best guess at the recent teasers to our wishlist of additions.

According to a recent leak the new Fortnite season is set to be called TakeOver and will feature helicopters, ships, and spies, not so far fetched considering the mysterious content we’ve been receiving lately.

the middle island in the map will get upgraded next season! pic.twitter.com/wwQmSfjRi1

If you’ve been gallivanting around the Fortnite map recently you may have spotted furniture turning into gold, this precious metal being a common theme in the teasers for the new season. The gold face we’ve seen take shape online, has some fans speculating is the Chaos Agent from Fortnite chapter 2 season 1, who originally appeared in a loading screen from the Chaos Rising challenges. If you are wondering if the gold furniture will be sticking around as part of the new map, we can’t be sure, but according to another leak, the middle island in the map will be upgraded, as well as the possibility of new locations found in the images on social media.

One thing that is clear is that players are desperate for some new content in the new season. With the Chapter 2 reset stripping things back to how they felt in the early days of the battle royale phenomenon, may veterans are starting to get tired of the same weapons and items. Some new weapons and gadgets would go down a treat. 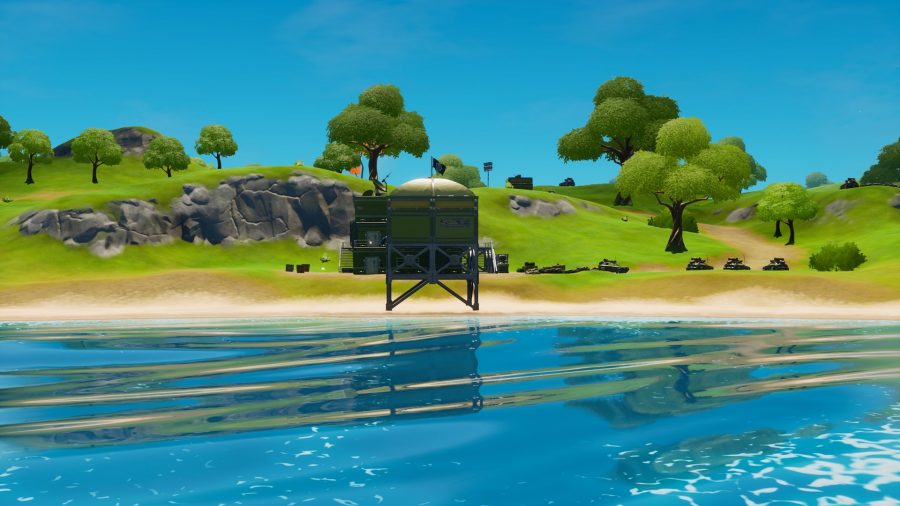 Let us drive the E.G.O vehicles

We’ve tried to jump into these jeeps a number of times only to realise they’re assets and made for driving. While the rise of mobility was a pretty controversial part of Fortnite’s first few seasons, but we still miss the days of zooming around the map in a golf cart. Plus, land vehicles without weapons never felt too overpowered. With the recent leaks, arrives the possibility that helicopters could be landing in Fortnite, a welcome distraction from not being able to drive these cars.

There hasn’t been a lot of ongoing events in the current season. We don’t mind whether they’re massive mysteries that have fans puzzled for months, or simple gestures like the rock giants love story. We just need a few more tidbits rolled out across the season to keep the map feeling fresh.

The mission structure of Fortnite challenges just isn’t that fun. Not having access to the full list of weekly challenges makes it feel like you’ve got to grind through them all, whereas the old structure gives players more freedom to tick things off at their own leisure.

And there you have it, all the details we have on Chapter 2 Season 2 of Fortnite. We’ll continue to piece together what all the gold means as we wait for the new season to drop on 20 February.