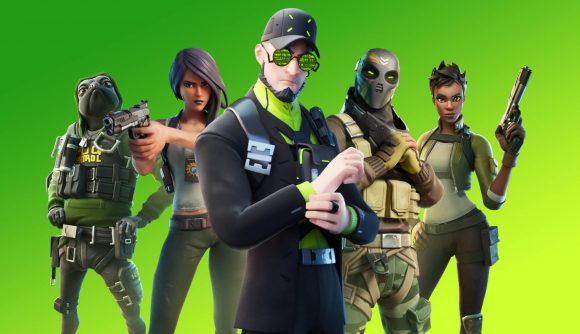 The next round of Fortnite content has already suffered delays, and it’s now been delayed again – yes, for a third time. Though this time, the reasons are much more serious, as Epic wants to avoid distracting from the ongoing protests against police brutality and racial inequality in the US and around the world. Thus, the Fortnite Chapter 2 Season 2 end date and the Fortnite Chapter 2 Season 3 release date have both been pushed back to June 17.

“Recent events are a heavy reminder of ongoing injustices in society,” Epic says in its announcement, “from the denial of basic human rights to the impact of racism both overt and subtle against people of color. We’re acutely aware of the pain our friends, families, team members, players, and communities are experiencing. We believe in equality and justice, diversity and inclusion, and that these fundamentals are above politics. The team is eager to move Fortnite forward, but we need to balance the Season 3 launch with time for the team to focus on themselves, their families, and their communities.”

The delay also affects the Device event, which will set the stage for Season 3. That even has been pushed back to June 15. The Device was originally scheduled for June 6 at 11:00 EDT / 14:00 EDT / 19:00 BST, so expect similar times on the new date.

This is the third delay for Season 3. The rollout was originally scheduled for April 30, so at a minimum you’ve gotten a whole lot of extra time to complete the season’s challenges.

For more on battle royale games, you know where to point your browser.