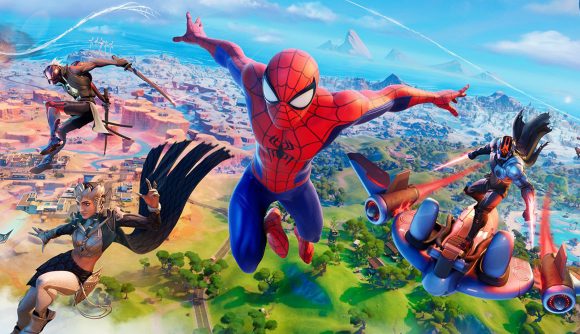 Last night was the epic conclusion to Chapter 2, and now all eyes are on the Fortnite Chapter 3 release time – which may now have been revealed. ‘The End’ event ushered in a new status quo and a major guest star in the form of Dwayne ‘The Rock’ Johnson, and the new Season 1 start time be isn’t far off.

For anyone who didn’t play it, the big Chapter 2 confirmed the long-suspected theory that Fortnite’s masked The Foundation character – who recently resurfaced in a Batman tie-in comic – is actually Dwayne Johnson. As the Cube Queen’s army attacked, The Rock won the day by, well, dropping the entire Fortnite island on her. The new island will be the underside of the former one.

There have already been numerous leaks about Chapter 3, including the reveal that Spider-Man will play a big part in both the new season and the Battle Pass – and there will even be Gears of War characters to get, too, and maybe even a The Matrix collaboration.

The Fortnite Chapter 3 Season 1 release time is December 5 at 7 am PST / 10 am EST / 3 pm GMT. This is significantly earlier than previously thought and means that the new chapter will start in just a few hours, on the weekend no less.

While you’re waiting for the new Fortnite season to start, take the time to check out some of the other great battle royale games on PC – there’s a lot of excellent alternates, you know.