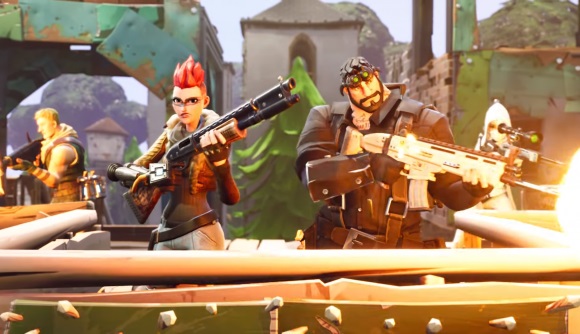 The weapon-swapping technique that allowed players to quickly switch between shotguns in Fortnite isn’t going to be coming back any time soon, the game’s developers said.

‘Double pumping’ was a game exploit players discovered that let them equip two pump-action shotguns, and then swap between them while firing to skip the usual lengthy reload animation. Getting the trick right meant insanely high damage output and for a while it made the pump shotgun one of the game’s most valuable items.

The exploit was eventually patched out, but then reappeared in April when Fortnite’s 3.5 update added short equip times to certain weapons, including the pump shotgun – which also had its reloading animation removed in the patch.

Epic Games eventually removed the exploit again, and now it seems, it’s gone for the foreseeable future. Dot Esports spotted an exchange between a Fortnight fan and Epic community coordinator Sean Hamilton on Twitter. The fan suggested he celebrate hitting a Twitter follower milestone by reintroducing double pumping in Fortnite.

“I’ll give you this, I respect your persistence,” Hamilton wrote back. “There are no current plans to bring back double pumping at this time.”

I'll give you this, I respect your persistence xD

There are no current plans to bring back double pumping at this time.

So, no more twin shotgun blasts to the dome piece in Battle Royale, we’re afraid. However, there’s a new heavy assault rifle, which may help you feel a bit better if you’re into massive damage output. And as Dot Esports points out, you’ve still got the good old Elmer Fudd double barrel shotgun at your disposal.