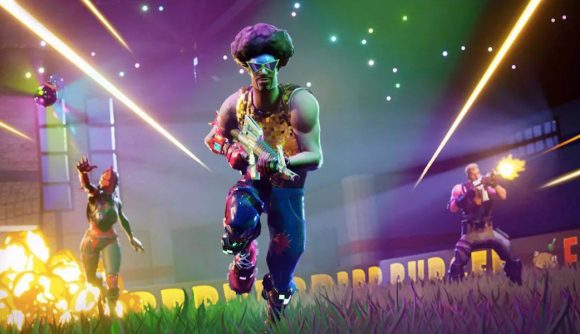 While the world rings in the new year with fireworks, music and copious amounts of alcohol, Epic Games has spared a thought for those of us who will be cooped up inside playing PC games as 2019 commences.

A data miner has discovered a New Year’s Eve event hidden within Fortnite’s V7.10 update game file, complete with a New Years’ ball that looks set to descend on the Battle Royale map.

The man behind the discovery, who goes by the name of FortTory, posted an image of the aforementioned ball on Twitter, side by side with an Instagram post from Ninja with the The New York ball, that descends on Times Square each year.

A list of New Year themed-files was also found in the update’s code, including what looks like a countdown timer that will supposedly appear in-game.

Limited Time Events have done well for Fortnite in the past, as the game’s map constantly shifts into different incarnations with each new update. The fluid evolutions of Fortnite’s play space have played a huge part in keeping players engaged and drawing in new fans, so it makes sense that the game will be closing out it’s huge year with a bang.

We expect Fortnite to continue this trend of constant events and updates on into 2019, but it remains to be seen how long Fortnite can retain its place as the most talked about and influential game in the world.

We also learned today, that Fortnite will be getting a proper trios mode very soon.