In addition to the traditional loading screen Fortbyte, Sunday means we get two of the puzzle pieces unlocked. The second one today is Fortbyte 27, and unlike Fortbyte 33 earlier today, this one tells us exactly where to go. Almost.

Where is Fortbyte 27? Well, the answer is right in the clue: it’s found in map square A4. Unfortunately, that gives us an entire grid square of island to scour for the thing. The good news? We know right where to go, so don’t fret: Fortnite Fortbyte 44 will be yours in no time. However, if you’re looking for Fortnite Fortbyte 29, sorry, you’re in the wrong place.

With Season 9 drawing to a close, there are only a scant handful of Fortbytes left to unlock, and time is running out to collect them if you’ve fallen behind. If that’s the case, be sure to check out our Fortnite Fortbytes guide, which will direct you to each and every Fortbyte that’s been unlocked so far. A few you’ll have to grind out with experience levels, but for the ones available on the map, we’ve got you covered.

You don’t need any special gear or swag to find this Fortbyte, just some basic map-reading skills. When you open up Fortnite’s map, you’ll see that each vertical column corresponds to a letter of the alphabet, while each horizontal row has an associated number. Today, we’re looking in column A and row 4. 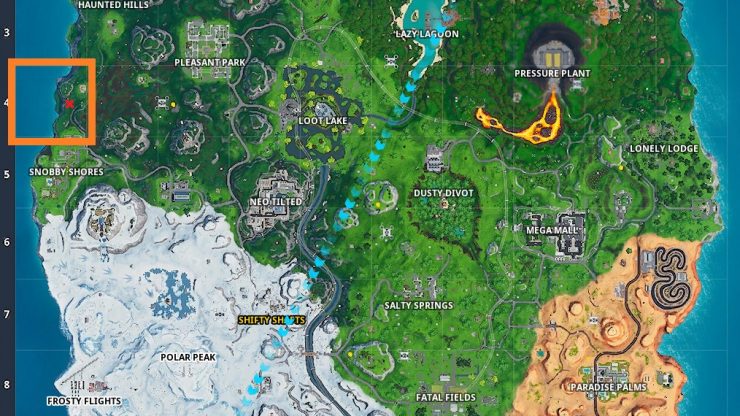 The square is highlighted in orange in the map above. As you approach the area, look for a gentle dip in the ground’s elevation as it slopes down from a rocky promontory that looks out over the ocean. You’ll find Fortbyte 27 there, sitting near a fir tree. There’s also an ice cream truck nearby. 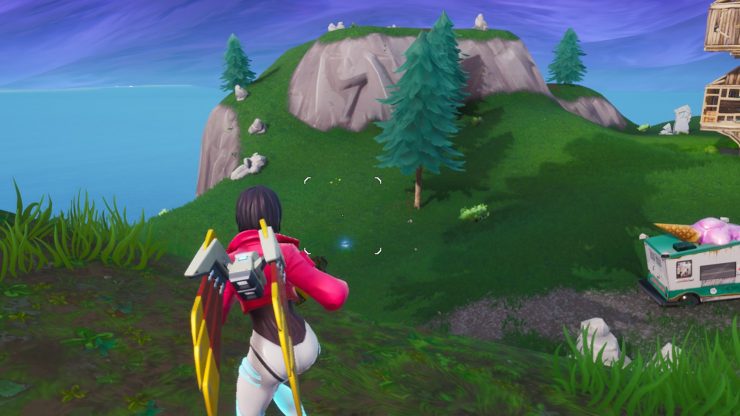 This Fortbyte is sitting out in the open, making it a potentially dangerous one to run in and pick up. There are plenty of sniper positions nearby, including in the house that’s under renovation in the area. I wound up gliding down from the Battle Bus and stopping a couple squares away to pick up some weapons first, waiting out the initial rush to grab the Fortbyte.

However you decide to approach this Fortbyte, once you snag it, that’s one more piece of the Season 9 puzzle uncovered. There’s sure to be some kind of big event to mark the end of the season, so be sure to check back here to find out where and how to see what happens.