Where is Fortnite Fortbyte 51? It’s the latest chunk of the Season 9 puzzle in Fortnite’s Battle Royale mode, and picking it up will require you to do a fun little chicken dance outside Peely’s Banana Stand.

This Fortnite Fortbyte challenge requires you to equip the Cluck Strut emote, and to earn that, you’ll need to have level your Battle Pass up to tier 31. That’s a ways up there, but as long as you’ve been keeping up with this season’s challenges, it shouldn’t take you too long if you haven’t already unlocked that tier. Once you’ve done that, equip the Cluck Strut in the locker and hop into a match.

Peely, you may recall, showed up as an outfit during the last season, and he featured in this season’s intro cinematic, eventually becoming a smoothie for his pal Bunker Jonesy. But don’t worry, you don’t need the outfit in order to pick up this Fortbyte.

Peely’s Banana Stand is conveniently located in Neo Tilted, on the southwest side of town. You’ll see it across the street from a building under construction, with a crosswalk nearby. Head that way, but do so carefully – Neo Tilted tends to be a busy location, as it’s central on the map and full of loot. 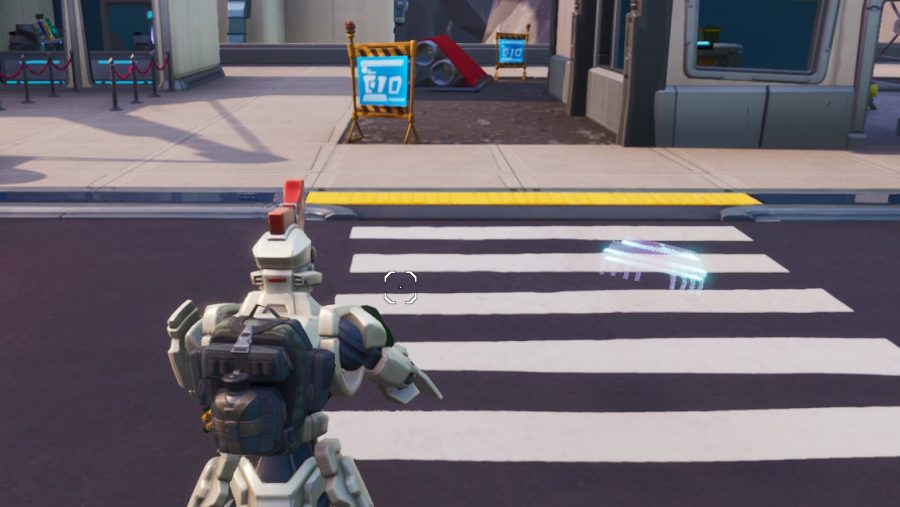 Once you’ve touched down, make your way to Peely’s Banana Stand. Look for the nearby crosswalk that heads south across the street. You’ll see the Fortbyte hologram floating over this. Walk toward it, and perform the Cluck Strut. That’ll unlock Fortbyte 51, which you can then collect by holding E.

And that’s how to collect Fortnite Fortbyte 51! We still have questions, of course: Like why is a sentient banana selling bananas from a banana stand? Isn’t that kind of like cannibalism? Bananabalism? Is the Bluth family from Arrested Development involved somehow? And perhaps most importantly, what will the final image reveal once all the Fortbytes have been collected? Time will tell.