Where is Fortnite Fortbyte 89? We know that we need the Scarlet Strike Glider, which is handy, but knowing where exactly the rings are is a different matter. We know that we need to fly to get them, and that our destination is close to Snobby Shores, but knowing the exact location still remains a challenge. Snobby Shores is in the greener part of the map, but it does sit close to the snowy patch of the map. As there’s no terrain hint, Fortbyte 89 could be hidden in either, which isn’t too uncommon for Fortnite Fortbyte locations.

Before we sort that out, you’ll need to pick up the Scarlet Strike Glider. Don’t fret, though, as it’s quite straight forward. All you need to do is grind out your battle pass until you come to Tier 39 and it’ll be yours. Levelling up your battle pass is a good idea for future Fortnite Fortbytes, too, as a fair few of them require new cosmetics to pick up. Fortnite Fortbye 19, for instance, asks you to board a ship while wearing the Vega outfit. So these challenges can come in all shapes and forms.

Anyway, enough chitter-chatter, throughout this guide we’ll tell you where to go to get Fortnite Fortbyte 89, and what to do. So, if you have the Scarlet Strike Glider, let’s get to it.

While you’re standing around and waiting for the game to start, pull out your map. Look over to the left-most point of the map, and you’ll see Snobby Shores, the rings we’re looking for are just east of there so set a marker. This way, once the Battle Bus starts its journey, you’ll be nice and prepped, and you won’t have to worry about any last minute faffing around. 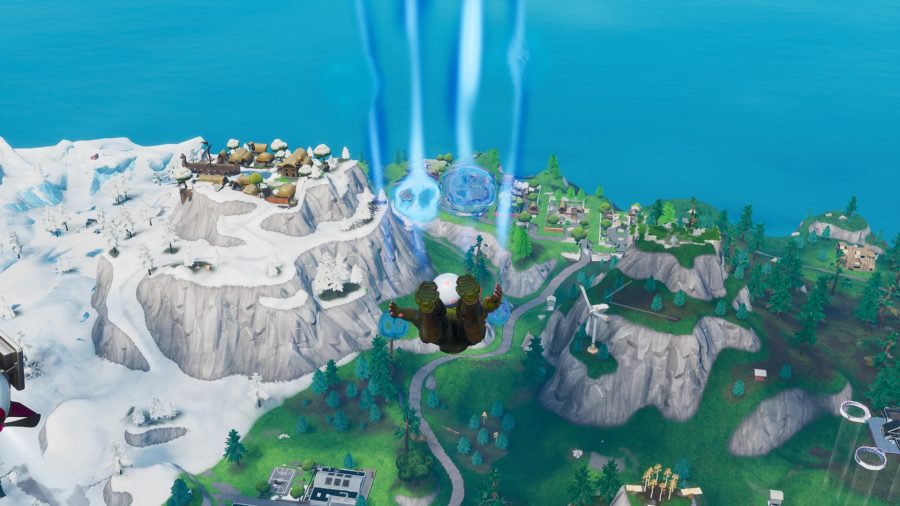 Once you jump out, make your way to the marker, and you should see a triangular ring. Do keep in mind, though, when you pass through the first one another ring will appear. So, don’t get caught out by thinking you’ve completed the challenge just by flying through that first triangle. There are about four rings in total, and Fortnite Fortbyte 89 will be located in the middle of the last one.

And there you go, you can now count Fortnite Fortbyte 89 as a part of your growing collection. Of course, if you find yourself stuck on any other day, feel free to check back here as we keep up to date on these daily.

So lovely that we almost feel guilty for forcing him to write about Fortnite and Destiny. Iain has bylines all over, including: Kotaku, Rock Paper Shotgun, Esports News UK, VG24/7, and PocketGamer.Biz.