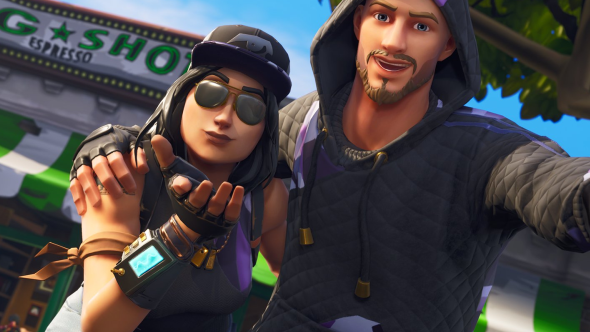 Fortnite Battle Royale is free-to-play. You can, of course, buy Battle Passes and spend a fortune in V-Bucks on emotes and gliders. But, fundamentally, a Fortnite account costs no more than the time it takes to register on the Epic Games site.

And yet, right now, on eBay, Reddit, and on gaming-focused auction sites, Fortnite players are selling their accounts for real money. Often they’re asking for just two or three pounds, but  sometimes the price is set at £80, £120, or £300.

Why would anyone pay so much for a Fortnite account when they could simply level one up themselves? We went to the sellers to find out.

Looking to move on to another kind of battle royale? These are the best games like Fortnite.

16-year-old Joshua Marsocci played Fortnite Battle Royale from the month of its release – September 2017 – until around June 2018, which is when he put his account up for auction. Starting the bidding at $79.99, he estimates his account to be worth over $100. Like many Season One players selling on eBay, he is relying on its ‘OG’ status.

“Season One items make my account more valuable,” he tells us, “because at the time not that many players had Fortnite.”

In other words, it’s scarcity alone that’s bumping up the prices of OG accounts. Scrolling through eBay, you’ll notice one skin in particular tends to crop up frequently in the descriptions: the Skull Trooper. Named in reference to 1984’s Karate Kid, in which the protagonist is chased by baddies wearing Halloween costumes, it’s an unexceptional seasonal cosmetic to look at. But that seasonal nature has made it desirable. You could only buy the skin during September and November in 2017.

“The Skull Trooper skin is one of the rarest in the game,” Marsocci explains. “When it first came out no one liked it. But since it’s so rare, people like it.”

Fortnite Battle Royale may still be young, but there’s special status afforded to those who got in early. Phi Nguyen, a student of commerce at La Trobe University in Melbourne, started playing the game on November 11th 2017.

“I don’t remember exactly how I found it,” he says. “I think my friend mentioned it to me and asked me to play with him. I never played PUBG and this seemed like a fun substitute.”

That first session carried him right into November 12th – Nguyen remembers playing solo matches long after his friend had gone to sleep. And, at some point in the weeks that followed, he bought his first skin: the Renegade Raider, an apparent homage to Tank Girl with an aviator cap that appealed to his love of airships and steampunk. That skin is now the key selling point for his account. 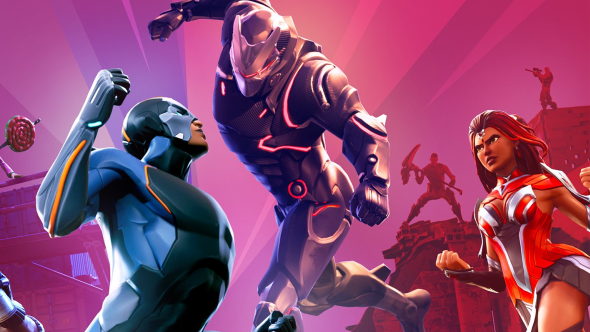 “I had no idea it would become so coveted as I didn’t know Fortnite would pop off like it did,” he recalls. “Neither did I think it was a limited thing as they were constantly selling those OG skins on and off during that time period. They only started mass producing skins once the game became popular.”

The Fortnite sellers I spoke to weren’t looking to build careers out of the trade of their accounts. They had simply grown tired of owning them. One eBay user I spoke to wanted to start again with a fresh account and “just mess around,” as if the weight of bought skins and completed progression systems had become an albatross around his neck.

Nguyen hasn’t played since February 2018, citing the creeping fatigue of repetition and a new endgame meta as his reasons for quitting. 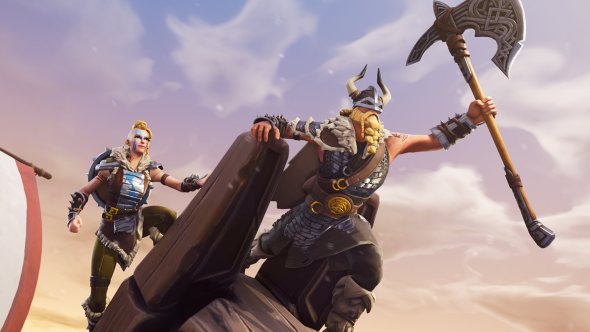 “Everyone was better,” he says. “Ever since everyone started watching Ninja the mechanics advanced and I really couldn’t be bothered committing time to the game or watching tutorials to get better. I felt like my account was going to waste.”

Nguyen spent around $100 on cosmetics in his happier days with Fortnite. But he expects to make it all back, and then some.

“If it would fetch under $50 or so I wouldn’t bother,” he says. “A lot of kids seem to enjoy the game and almost worship it. The amount of emails I have received for this account is surprising, even sad. To see some kids so desperate to trade for it or just explaining how it would mean the world to them but they lack funds – over a cosmetic skin in a shallow battle royale game? Jeez. Really does show you the power of influence.”