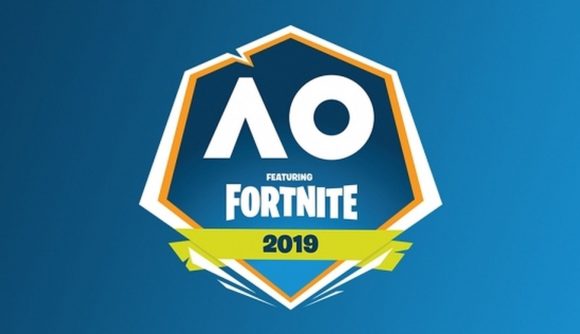 The Australian Open, one of the four Grand Slam or ‘major’ tournaments in professional tennis, will host two Fortnite events this year. Over the weekend of January 26 there will be a solo tournament contested by 100 Fortnite pros with $400,000 up for grabs, as well as a charity duos event featuring content creators, athletes, and celebrities, with a further $100,000 available for donations.

The Australian Open’s website proudly bills the Fortnite Summer Smash (jealousy-tempered shoutout to the southern hemisphere from a very wintry UK) as “the largest competitive gaming event in Australian history”.

The solos event is not by invitation, but rather will put the first 500 eligible players to register through a qualifying stage, whittling them down to the final 100 (registration opens online on Wednesday at 12:00 AEDT, or 01:00 GMT, if you’re interested). The qualifying heats will happen on Saturday 26, with the top 20 players from each of the five heats going on to a six-match finals event on the following Sunday. The three-match charity duos event will then follow the solos.

The event will take place at the Margaret Court Arena in Melbourne Park. While it’s only half the size of the 15,000-capacity Rod Laver arena, the principal court of the Australian Open, it still hosts matches from the tournament.

Related: here are all the Fortnite weapon and vehicle skins so far

Along with Wimbledon and the French and US Opens, the Australian Open is one of the most important events on the tennis calendar, with all the sport’s biggest names guaranteed to attend if able. And this year, a videogame tournament is taking place right at the heart of it.