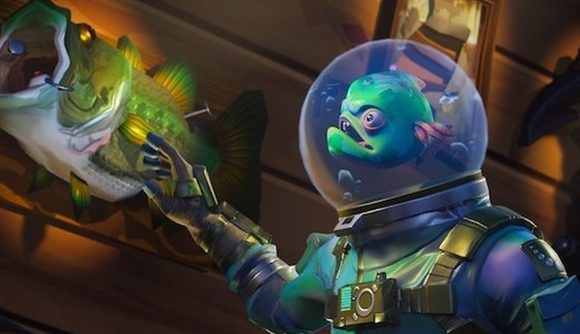 Fortnite’s impact on pop culture cannot be ignored. Since its rise from new kid on the block to global phenomenon, Epic’s battle royale has been popping up in unexpected places all over the world. From footballers to filmmakers, it seems that everyone is getting in on the trend.

According to parenting advice website BabyCenter, Fortnite’s impact is starting to be felt on the names of America’s newborns. With so many millions of people playing, perhaps it’s no surprise that some new parents would be inspired by the game. More surprising, however, is how exactly they’re choosing to express that inspiration.

BabyCenter’s post tracking the most popular baby name trends of the year was recently updated. As well as tracking the enduring popularity of the Kardashian family and the rise of Eastern spiritual practices in the West, the post states that Fortnite-themed names are becoming significantly more popular in the United States. Some of those aren’t particularly surprising – Ramirez, for example, has reportedly jumped 57%. But it’s some of the other names mentioned that are raising some eyebrows in the PCGN office this morning.

Many of those stem from Fortnite’s cosmetics, many of which have some pretty quirky names. One of those mentioned by BabyCenter is ‘Leviathan’, which is a Fortnite skin featuring a sentient fish in an animated space-suit. That’s up 46% from 2017, when it rose from 14 to 25 baby boys per million.

Other names include Bunny for girls, which is up 30%, and Rogue, which has jumped 47% for girls and a further 21% for boys. That last one, however, could have something to do with the X-Men fandom – I guess we’ll never know.

It’s worth pointing out that BabyCenter’s information might not be 100% accurate – its drawing from its own audience as well as making comparisons to the US population as a whole, and we were able to register a baby girl under the name ‘PCGamesN’ with little difficulty. But with Fortnite player numbers hitting more than 200 million registered users earlier this week, it’s likely that 2019 will be an even bigger year – now we just need to wait for the first Omegas to start popping up.