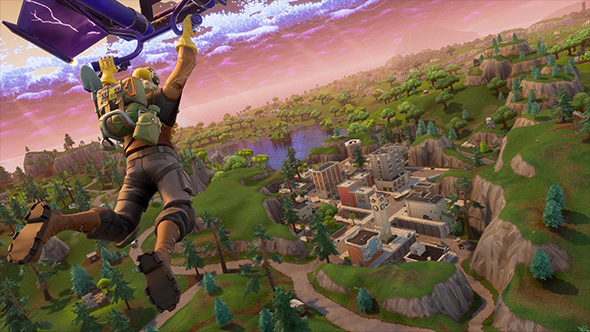 Update, March 12: Fortnite account hacks are continuing to happen, so do yourself a favor and use a better password.

Last month, reports began to circulate from a large number of Fortnite players getting their accounts hacked and seeing fraudulent purchases made for hundreds of dollars. Though it doesn’t appear there’s been a data breach at Epic, Fortnite’s wild popularity has made it a popular target for hackers.

Check out our tips for Fortnite Battle Royale.

Epic are resolving the issues on a case-by-case basis, but it’s become a large enough problem that they now have a lengthy support article detailing how to protect your account. They also implemented the long-awaited two-factor authentication system for additional security earlier this month.

“We are aware of instances where users’ accounts have been compromised using well-known hacking techniques and are working to resolve these issues directly with those players affected,” an Epic spokesperson tells Kotaku. “Any players who believe their account has been compromised should reach out to our player support immediately.”

Refunds appear to have been issued in many cases, though that often still leaves funds tied up for several days while reports are investigated and payments are processed. If you have payment info tied to your Epic account – and, really, even if you don’t – you should take advantage of the the two-factor authentication now available in your account settings and make sure you aren’t using any shared passwords.

Original story, February 5:If you’ve been browsing the Fortnite Battle Royale subreddit over the last week, you may have noticed a somewhat alarming trend, with a number of players reporting hacked accounts and fraudulent charges in the hundreds of dollars.

One such report posted earlier today has quickly reached the top of the subreddit, but it’s not the only one. One player reported $200 in fraudulent charges, another over $500, and still another more than €300. Hackers appear to be logging in, switching passwords, and racking up big charges for in-game V-Bucks. Epic have been quick to issue refunds in most of these circumstances, but the volume of reports within the past week has been concerning.

Epic’s security team have responded by reiterating plans to implement two-factor authentication for more secure logins, in addition to addressing the issues on a case-by-case basis. The system’s coming, but there isn’t yet a specific timeline for when it’ll be in place.

In the meantime, you may want to change your Fortnite passwords, particularly if you’re a Battle Royale player with payment information tied to your account. Just in case.