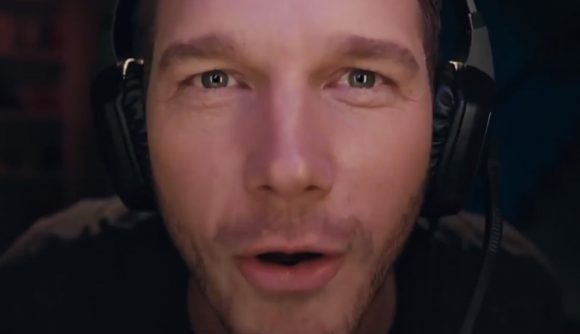 Chris Pratt is the face of Fortnite ads in South Korea now. Not only is he all over billboards and street signs, he’s also in a bizarre new TV spot where he appears to taunt Korean players into Fortnite competition. Anything to get players interested as the game launches in their country, I guess.

The ad comes via Hajinsun on Twitter, and you can watch it yourself below. The line in the ad translates to “there are things you shouldn’t provoke in the world,” including “proud Korean gamers.” We see gamers around the country signing into the game, only to be interrupted by static. Cue Chris Pratt as the obnoxious American, taunting with “hello Korean… po-rini.”

Apparently that last term is an amalgam of “Fortnite” and “kid,” and looks like it’s quite an insult for these “proud gamers.” As Dexerto speculates, it seems Pratt is mocking Koreans for getting the game so much later than the Americans – and, indeed, most of the Western world. Pratt has been the face of Fortnite marketing in South Korea all month, as Inven Global notes.

South Korea remains one of the most notable game markets in the world, and Epic’s going the extra mile to promote it there. Fortnite Insider reports on PC Bang challenges targeted at Korean players which were dug up in the game files. The Korea Herald details a 1 billion won (just under $900k USD) tournament that Epic will host in the country.

ICYMI: Fortnite official commercial in Korea for its official launching in PC Bangs.
"There are things you shouldn't provoke in the World. […] proud Korean gamers"
then Chris Pratt taunts them by calling them "Po-rini" 포린이 which is a word made of "Fortnite + Kid" in Korean. pic.twitter.com/eYw6m9ADbx

Check out the Fortnite Fish Trophy locations and season 6 week 8 challenges if you’re still trying to fill out your battle pass. You’ve got a quickly expanding world of competition to look good for, after all.