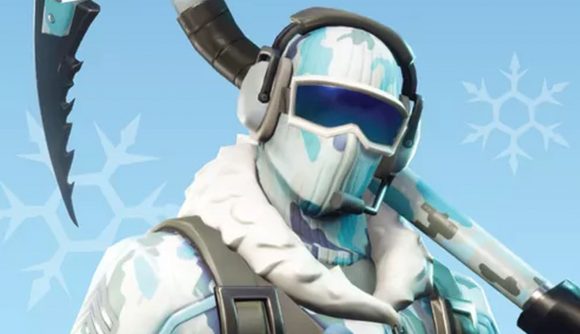 As it turns out, the snowstorm that’s been lurking off the south coast of Fortnite might not be a snowstorm at all. Players have been reporting a tempest lurking on the horizon for a few weeks now, but the game’s latest update suggests that something far more ominous could be on the way.

Fortnite’s 6.31 update arrived earlier that week. As well as some new, more powerful Pump Shotguns, the latest patch added clues as to what might be approaching as part of Fortnite Season 7. And it would seem that we’re in for a truly Titanic set of changes.

That’s because the snowstorm is, in fact, not a snowstorm at all, but an enormous iceberg. If you head into replay mode and look out over the sea to the south, you can see the clouds that we are expected to bring a blanket of snow to battle royale. Hidden in those clouds, however, is a block of ice on a collision course with the rest of the map.

Each new Fortnite season has been accompanied by significant changes to the game’s map, and this new mass of ice makes it look like Season 7 will be no exception. Early fan theories are suggesting a new landmass could appear near Flush Factory, an area which disrupts the traditionally regular shape of the rest of the island.

Whatever happens, we should find out pretty soon. Season 6 is due to come to an end early next week, and the Fortnite Season 7 release date will likely arrive pretty soon after that. It seems like the next set of major changes won’t be limited to a white Christmas.