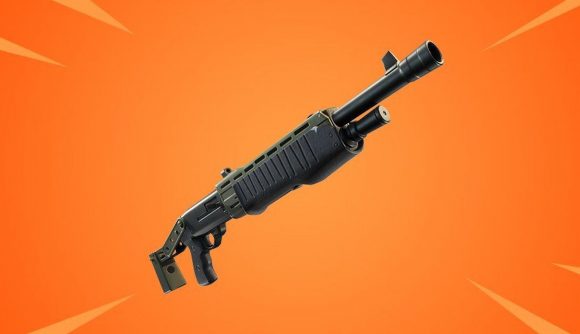 Fortnite’s most powerful shotguns are being revamped, as Legendary and Epic version of the Pump Shotgun are set to head to the game soon. The new weapons, which will work in exactly the same way as the current versions of the weapons, will come to the game in its next patch.

The Pump Shotguns traditionally spawn into the game in Uncommon (Green) and Rare (Blue) varieties. The new additions will bring purple and gold variants to the game. They’ll have slightly improved stats, of course, but the main difference is a cosmetic one.

Legendary weapons of Fortnite’s most common guns tend to come with a similarity to a real-life firearm. The most famous version of this is the Scar, which replaces the traditional assault rifle at higher rarities. The burst assault rifle later received its own higher-tier version, based on the bullpup Famas rifle commonly used by French security forces. The new weapons, which appeared in the battle royale’s ‘message of the day’ screen, show a weapon that resembles the SPAS-12 shotgun, used by a number of police and special forces.

The description of the new item simply reads that they are the “Epic and Legendary variants of the Pump Shotgun,” again enforcing the fact that the weapons will function in exactly the same way as the current versions, albeit with slightly improved stats.

The new items coincide with a significant buff to the Pump Shotgun. Epic is changing the item to ensure a minimum level of accuracy – the minimum number of pellets that can hit an opposing player has been tripled. As long as you hit an enemy with one pellet, three pellets will be counted, essentially tripling the weapon’s minimum damage. What that’ll do to the meta is anyone’s guess just now, but expect to see plenty of changes when the next patch arrives in the coming days.

Fortnite’s other shotguns – the Heavy, Tactical, and Double-Barrelled variants – aren’t set to change at the moment. The introduction of the new weapons could, however, mean that tweaked versions of those other boomsticks could be on the way.