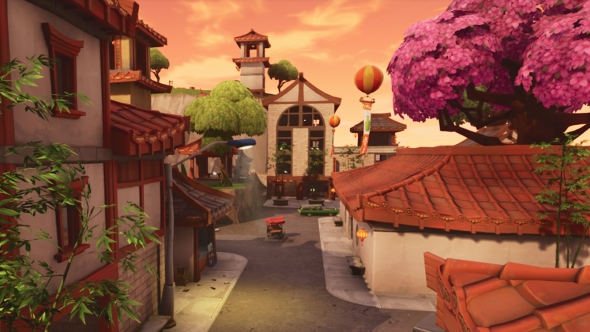 Fortnite’s latest update is live, bringing a new weapon and location to battle royale. There are also several updates being made to the co-op Save the World mode.

Here are our Fortnite battle royale tips and tricks.

The most important item on the Fortnite agenda with the release of update 3.1.0 are a new weapon, the Hunting Rifle, and a new location. Starting with the rifle, it’s a single-shot weapon which uses heavy ammo, basically acting as a scopeless sniper. It’s available in Uncommon and Rare varieties, and can be found in chests and as floor loot. The new location, Lucky Landing, can be found on the southern edge of the island.

Other changes coming to Battle Royale include adjusted drop rates which will see you pick up more Rare and Uncommon varieties of the Burst Assault Rifle, Revolver, and Tactical Shotgun. Epic have also removed some loot spawns and chests from Snobby Shores, the industrial plot near Flush Factory, and Tilted Towers.

In Save the World, there’s a new defender, Val, and a DragonFire Heavy Shotgun. The impulse Grenage has also been added, and there’s a new four-player group mission, Fight The Storm. You can read the full patch notes for both Battle Royale and Save the World here.

We were due to get a new Jetpack item during this patch, but the Hunting Rifle and Lucky Landing were pushed out instead. Epic say that a “last minute design issue” has delayed the launch (pun intended) of the new item, and that they’re working on correcting it.”