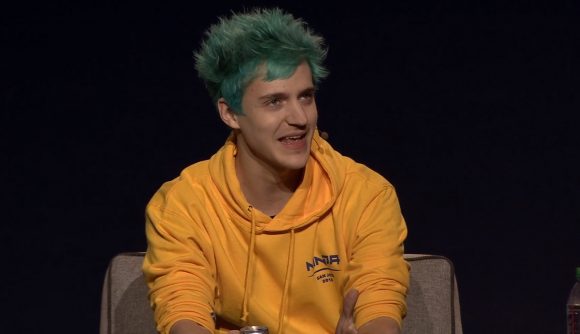 There is no more visible indicator of mainstream American pop culture than the New Year’s celebrations at Times Square in New York City. If you want a clear indicator of which celebrities your grandparents know about, this is it – and now you can add Ninja to the list. Twitch’s top streamer will be playing Fortnite on-site to help ring in the new year.

This’ll be a separate broadcast from the one that graces US television, and will be shown on Ninja’s Twitch channel. “When I started in gaming,” Ninja says via Variety, “I never thought that something like this would be possible. NYE has always been fun for gamers because it’s a night where you have a widely accepted excuse to stay up and game, but there’s never been an event in the mainstream that’s actually built around that tradition.”

Some number of surprise guests will be part of the stream – hopefully that includes the Steve Harveys and Ryan Seacrests that make the usual Times Square broadcast so endearingly awkward.

This is going to be a NYE in Times Square like you've never seen before #ad pic.twitter.com/Tt6GpHla5Z

It may not be the most auspicious time for Ninja’s announcement, since Fortnite Twitch viewers are on a downward slope. But even with that in mind, Fortnite remains one of the biggest games on the platform, and Ninja is likely to be Twitch’s most prolific face well into the new year.