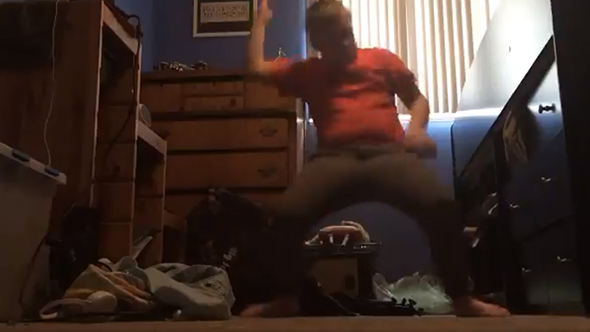 With the meteors landing and season 4 launching, today’s a Fortnite palooza loaded with new skins, sprays, and a revamped map. It also brings a much-hoped for victory for the community, the culmination of a massive social media campaign with passionate fans doing what the could to ensure justice was done. Justice, in this case, is a new dance emote.

Here’s what you need to know about the Fortnite Season 4 Battle Pass and challenges.

The #boogiedown contest ran through most of April, a call for dance videos with an eventual winner to be chosen by Epic and immortalized as a Fortnite emote. The winner was Populotus on Twitter, bringing things home with a fine dance that makes for a fine emote.

Doing my #BoogieDown dance for #Fortnite with other dancers! 🙂

But that wasn’t the Orange Shirt Kid, who mesmerized Fortnite players with a self-proclaimed “cringe” dance that’s “also a great exercise move.” If you’ve missed it, go watch it. Let it soak in. It’s magic.

When Orange Shirt Kid wasn’t the winner, fans were outraged – though mockingly so – launching petitions and video tributes in an effort to get #JusticeForOrangeShirtKid. Those efforts paid off in Fortnite’s Season 4 update, as “Orange Justice” is now a real Fortnite emote. 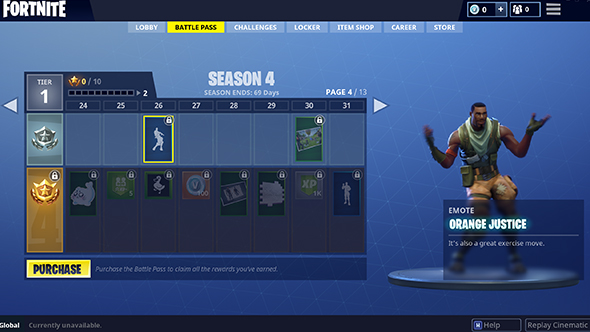 It’s not a difficult one to unlock, either, available for reaching rank 26 on the free Battle Pass. Today’s top post on the Fortnite subreddit proudly proclaims “Justice has been served!” The contest winner tweeted his congratulations. And Orange Shirt Kid himself is pretty excited, too.

THEY ADDED IT OMGOMG