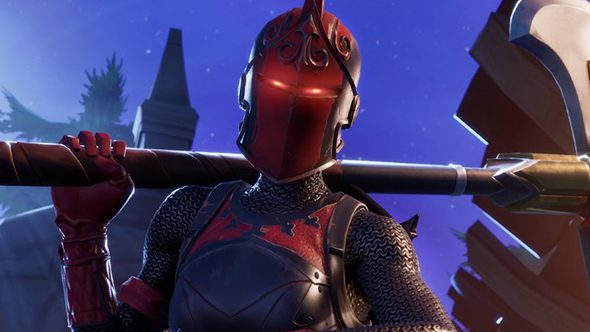 The Red Knight returns to the Fortnite item shop tomorrow to make one of the game’s rarest skins a bit more attainable. The item hasn’t been available since February, so if you’ve been holding out for its return, you’ll have your opportunity to grab the cosmetic on July 5.

We don’t know what tomorrow’s price will be, but the Red Knight skin had previously been available for 2000 V-Bucks, but was out for 1200 V-Bucks in an earlier release. Given the skin’s popularity, though, I’d expect it to release for the premium price.

Pick a side among the best battle royale games.

If you’ve been keeping up with the latest leak it shouldn’t bne surprising to see the Red Knight make a comeback. A Crimson Axe harvesting tool was datamined last week, which matches the Red Knight look aesthetically, and referenced the skin in the game files.

A certain subset of fans are a bit perturbed that their rare skin won’t be quite such an unusual item anymore, but plenty more are happy to have a second shot at a rather cool cosmetic. You can keep current on all the hottest items with our list of Fortnite skins.

There’s still bigger news on the horizon for Fortnite, as the game’s new rifts keep appearing and swallowing up bits all over the map as we speed toward the season 5 release date. Plenty of players will see the new season arrive in style.