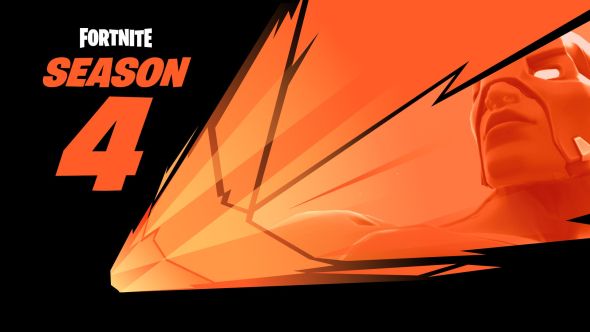 What is Fortnite season 4? Fortnite has taken the world by storm, and now, fittingly, a storm has decimated the game’s map. The comets might have destroyed Dusty Depot – now Dusty Divot – instead of Tilted Towers, but they’ve ushered in a super Fortnite season 4.

Keep up to date with our Fortnite update tracker.

Fortnite Season 4 heralds plenty of significant changes to Epic Games’ battle royale game. New locations can be discovered and looted, existing ones have changed, and craters can be found across the map. A brand new battle pass offers fresh challenges for you to tackle, which means there are a host of new rewards such as skins, emotes, and, for the first time, sprays. Below you’ll find everything you need to know about Fortnite season 4.

A new season means a fresh battle pass. The Fortnite season 4 battle pass gives you access to the game’s premium progression system. That means new challenges to complete and cosmetics such as skins, gliders, and emotes to unlock.

Once you have purchased the battle pass you start at tier one up to 100. Tiers can either be unlocked with V-Bucks or by securing battle stars (earned by completing challenges or collecting XP). At tier one you will immediately get the legendary Carbide and epic Battlehawk skins. You also get team and solo XP boosts and the first five tiers – the equivalent of 50 battle stars – and their rewards free if you bought the last season’s battle pass.

Included within those first five tiers is your first spray, ‘X Mark’. Sprays are a new cosmetic that allow you to paint a particular symbol on the game’s walls and leave your mark (read: troll other players) on the world. 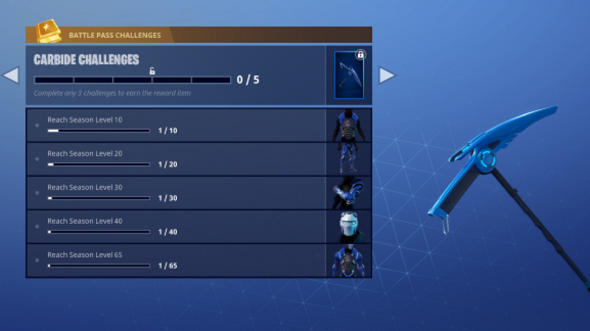 Are you ready to test your mettle against the Fortnite season 4 challenges? Even if you haven’t bought the battle pass, you still unlock some rewards through daily objectives and starter challenges to take on, but you’ll miss out on the premium ones.

The Fortnite season 4 challenges made available with the battle pass unlock each week, but they are not locked out once the week passes. Here are the Fortnite week 4 challenges and how to complete them:

This time, however, there are new sets of ongoing challenges that last the duration of season 4: Blockbuster and Carbide. You can complete Blockbuster challenges by completing all the challenges in a given week. As opposed to battle stars, the rewards given out here are not clear, yet. With the B-movie superhero theme in mind, it appears as if you’ll get cinematic featurettes or perhaps moving backgrounds for your lobby screen. Considering the quality of Epic’s trailer for each new weapon announcement, we sincerely hope it is the former. It also seems that you unlock a legendary skin if you complete every Blockbuster challenge. 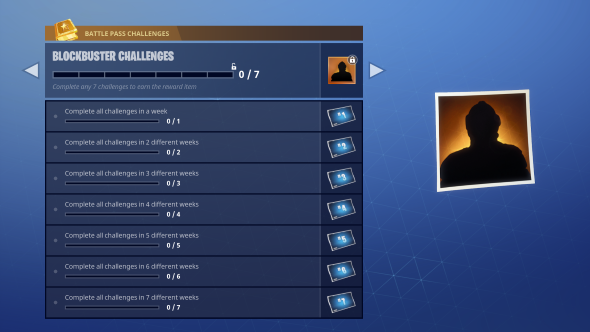 When it comes to the Carbide section of the Fortnite season 4 challenges, you complete one as you reach levels 10, 20, 30, 40, and 65. For each completed challenge you seem to get parts to add to the Carbide outfit you unlock at tier 1. Once you have finished these challenges you get a harvesting tool that matches the other pieces of the Carbide set. 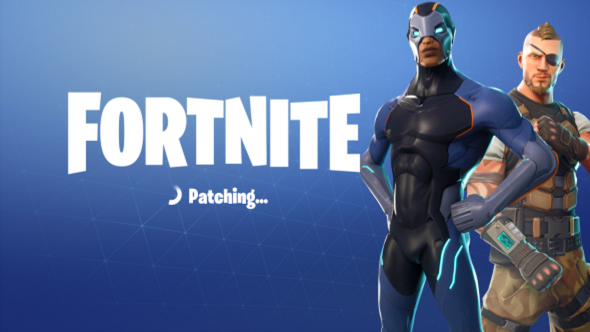 Fitting the new superhero theme, there are a number of new Fortnite season 4 skins to be unlocked with your battle pass. At tier one you get the legendary Carbide and epic Battlehawk skins. Carbide gives you a skin-tight suit with neon stripes and a mask, whereas Battlehawk allows you to sport an eye patch and mohawk with a military-style outfit. Both are part of the ‘Carbide’ and ‘Advanced Forces’ sets, suggesting that you can unlock more cosmetics that match your chosen skin.

This season’s John Wick – the skin unlocked at tier 100 in season 3 – is Omega, who looks a little bit like Carbide with a dark, skin-tight suit but with a full face mask and menacing red eyes. Looking a bit like an evil Black Panther, Omega is certain to be a highly-prized outfit.

Considering how cool the seven superhero skins that can be unlocked through the battle pass are, we hope to see some exclusive ones hit the store soon. 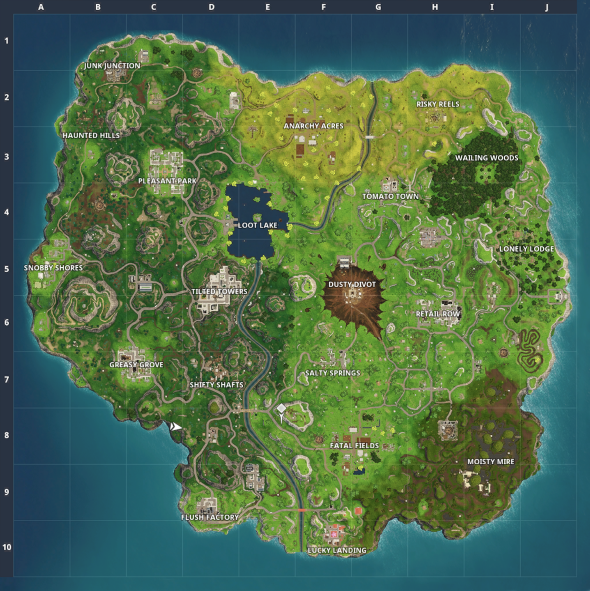 The meteor storm has changed a great deal: smattered with craters, the Fortnite season 4 map has a brand new location and a transformed version of an existing one. And, no, the rampant speculation turned out to be wrong: Tilted Towers still stands tall and undamaged.

Dusty Depot is the main casualty of the map update. Now Dusty Divot, the location just to the right of the map’s centre now resembles a bombsite. At its centre is a crashed meteor surrounded by a research station and plenty of of Hop Rocks. These glowing crystals allow you to temporarily jump higher and without suffering fall damage. On top of the pleasing sci-fi sounds they emit, they can be handy for evading gunfire in a 1v1.

The brand new area is Risky Reels, which features the drive-in theatre that can be spotted in the Fortnite season 4 launch trailer. Filling in the north-east of the map, between Anarchy Acres and Wailing Woods, Risky Reels is a small and compact addition to Epic’s island of death.

Among the smaller changes to the Fortnite season 4 map is a mansion near Lonely Lodge on the east coast, a bombed-out prison, and Moisty Mire’s transformation into a film set, replete with cameras and green screens.

The Fortnite season 4 theme is superheroes. Where the previous season was space-themed, Epic games revealed the new theme in late April which ties in perfectly with the Avengers: Infinity War film. The new season certainly has a filmic feel to it, which Epic established in the launch trailer.

The Fortnite season 4 release date is May 1, 2018. Yes, that’s today – the servers are live and ready for you to grab a victory royale in your plush new skins after a relatively hefty update.

Will you be picking up the Fortnite season 4 battle pass? Let us know in the comments below.