Where are the solar arrays in Fortnite? There is a snow solar array in Fortnite, plus another two that can be visited in the desert and jungle areas of the Battle Royale map. Frankly, we image that each power-generating tool will much much more successful in one of those biomes than the other two, but we digress.

Anyway, let’s get back to it, this Fortnite solar arrays challenge sees you visiting three of them, each in separate biomes across the map. All you need to do is sidle up to them, and your challenge ticker will pop. This is a week 9 task, which can only mean one thing: the Fortnite season 10 release date is fast approaching.

That said, we’re still in the dying embers of season 9, and we’ve got some challenges to complete. The Fortnite snow solar array is, obviously in the ice biome, in Frosty Flights, the desert Fortnite solar array is near Paradise Palms, and the other is between Sunny Steps and the Hotsprings. They’re not too hard to miss, but we’re going to show you where they all are, anyway.

If you’re not sure what a solar array in Fortnite is, they’re a series of large, shiny structures that absorb energy from the sun and channel it into the brightly-lit named areas of Neo Tilted and Mega Mall, presumably. Each of their locations can be found on the map below. 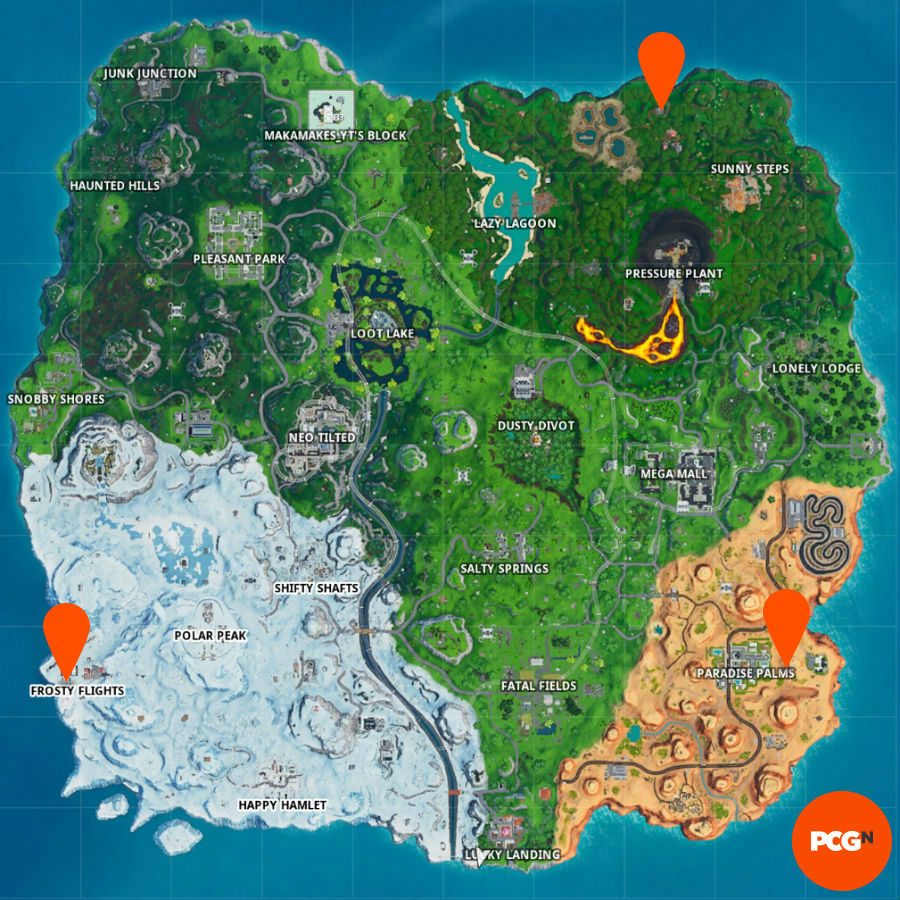 As you can see, the snow solar array in Fortnite can be found on the western side of Frosty Flights by the coast. Next, the Fortnite jungle solar array is directly east of the Hotsprings in the northeast corner of the map, and then the final one – the desert Fortnitesolar array is immediately east of Paradise Palms.