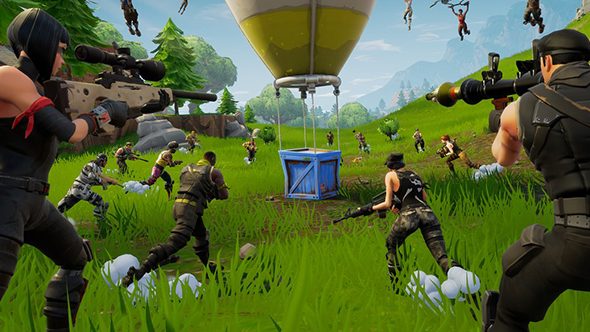 This weekend’s Fortnite duos tournament wound up being a bit of a bust. After four matches were plagued by lag, Epic called it quits, but said they’d be back with new formats after looking into server performance issues.

Lag got to be so bad, according to Game Informer, that players wound up getting killed before they were even able to move their characters in the match. While the tournament was set up to award a prize for the most kills in a single match, encouraging more exciting action, players quickly realized that the lag was bad enough that camping was the best option. It made for some pretty boring viewing.

The eight-week Summer Skirmish series will continue, however. Epic has earmarked $8 million out of its planned $100 million esports budget to the series, and they plan on showcasing different formats for each weekly tournament.

Hopefully subsequent contests will go a bit more smoothly, though. Here’s a clip one frustrated fan tweeted at the Fortnite account yesterday:

$250K TOURNAMENT, hosted by the company that created the game and made $300 MILLION in the month of April has servers like these for the players to play on. O M E G A L U L pic.twitter.com/2xmoINVb86

And here’s a Twich clip (courtesy of Game Informer) showing a bit of how bad the lag got at some points:

Epic has set up a dedicated page for the Summer Skirmish series, so you can keep up to date with team standings and upcoming tournament formats there. After Week 1, Kevie1 and Notvivid hold the number one slot.