Thanos has his back to me. I take out my pump shotgun and start blasting as he focuses all his might on another player. The Mad Titan, now completely enraged, turns towards me and sends himself soaring into the sky to setup a downward super-punch attack.

Looking for more online action? Check out the best multiplayer games on PC.

I begin moving erratically, panicking, while the other victim of this incoming localised apocalypse keeps their distance. It’s all we can do in the seconds before the Infinity Gauntlet smashes to the ground and destroys us.

Ha! Somehow, we survived, both managing to avoid the ensuing shockwave, and so we now pile in with everything we’ve got, trading distraction and damage between us until the purple powerhouse is slain. Then come the wildly gesturing emotes – a sign of solidarity, of camaraderie forged – before we got our heads back in the heat of the battle.

Fortnite’s Infinity Gauntlet crossover was, for the most part, exactly like regular solo play. But, on occasion, if you were lucky, the quest for the gauntlet’s power would demonstrate a different side to the typical free-for-all ruthlessness as players called temporary ceasefires in favour of pooling resources to deal with the bigger threat. 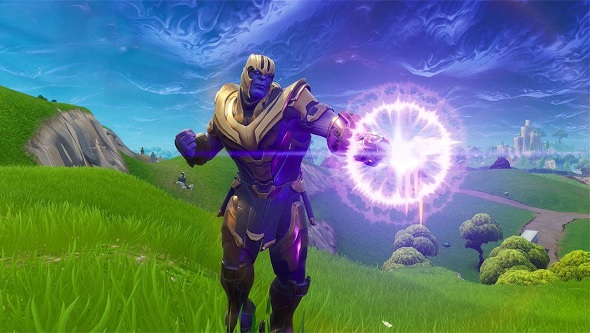 They moved in a stumbling formation but were able to keep the pressure on to get the job done. Of course, they dropped all pretense when the Infinity Gauntlet was free of its former wearer because There Can Be Only One, but for a minute there these one-man armies were legitimate allies. This wholesome little episode was a surprising and endearing discovery in a game that is otherwise so often callous.

A battle royale literally plops you on an island with 99 other players – all of whom are set to kill you on sight – and forces you to scavenge for ways to defend yourself in the hopes of being the sole survivor. The simplicity and blend of single-player survival with the anarchic energy of a multiplayer shooter makes battle royale a good genre for low-commitment online playing, but finding your feet can be difficult. After three months I’m only now in the rigour of achieving kills every round and making it to the final two dozen, and even then any concept of quick, efficient fort-building eludes me.

The addition of a sub-objective in Infinity Gauntlet was already more my speed. Looking for the comet-delivered peripheral provided welcome reprieve from constantly hunting for kills. But seeing it turn my otherwise nameless predators into potential friends, however fleetingly, was the real joy. 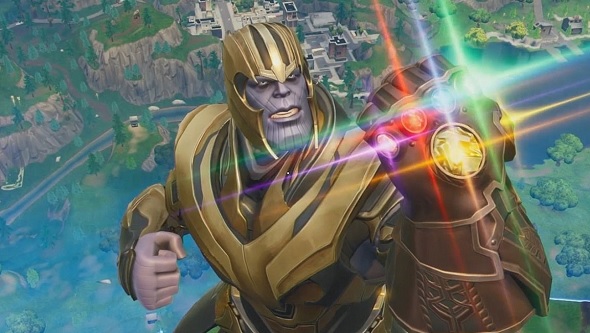 Saying that online multiplayer can be dehumanising to one’s playmates is hardly a fresh idea, but it’s a legitimate one in this case. Playing alone doesn’t lend itself to imagining every player as having the same complex motivations and emotions the same way that sharing a TV for a round of split-screen can. Observing, and being a part of, these incidental partnerships humanised the entire experience, reminding me that all these other players weren’t just super-intuitive AI programmed to destroy me (though it still feels like that).

Right after my Thanos-slaying partner and I communed with emotes, another eagle-eyed combatant saw their opportunity and took the glove. Trying to escape was futile; we were too low on health to take even the lightest shot and too low on supplies to do anything crafty. This was the closest I got to wielding the gauntlet, but I’m not disappointed – I was witness to a power far greater and longer-lasting.