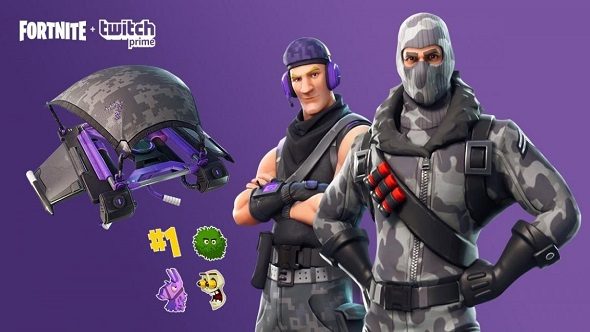 Now, it seems bots are selling multiple Twitch Prime accounts on third-party sites (via Reddit), such as ebay, with the skins unlocked.

Here’s everything we know about Fortnite mobile. 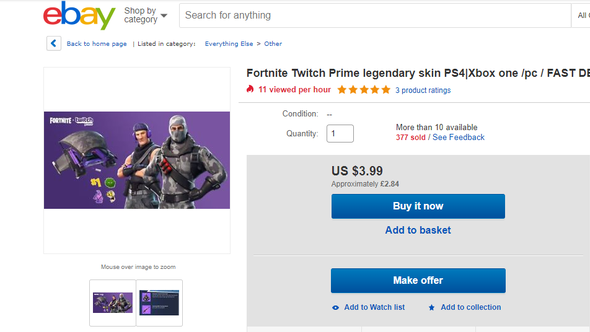 Each new Twitch Prime account gives you a free subscription to one streamer, and so the promotion has been part of the recent meteoric rise of one Tyler ‘Ninja’ Blevins – whether he likes it or not. And while Ninja and other Fortnite streamers are still getting paid, these bots are pretty disruptive to the Twitch community. They don’t contribute to the chat, except to flood it with sub notifications.

This is Ninjas chat right now. Look at all those prime subs. Never seen them pop up that quickly pic.twitter.com/av2Fs4qxEf

Fellow Twitch broadcaster Shorty says he has experienced the same thing, and though streamers make more money from these bots, it’s “not right.”

Channels, including mine, have been receiving spam Twitch Prime subscriptions from viewers not even in the channel viewer list or talking.

It’s 100% compromised accounts and bots even though the sub count does increase and the streamer still gets paid.

Twitch’scommunity guidelinesprohibit “reselling Twitch services or features”, and “selling or sharing user accounts.” So, once the streaming goliath have gotten a grip on these bots accounts, and their monthly subscriptions have expired, it’s likely we will see a drop in Fortnite subs across the board. 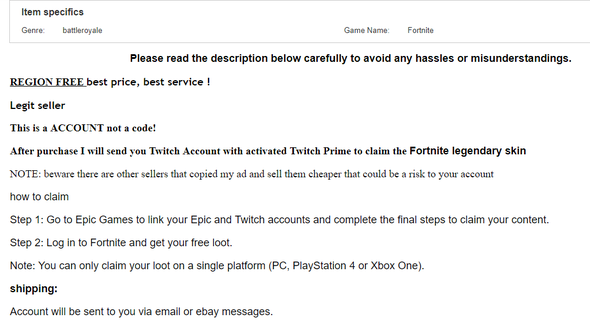 In the meantime, there’s also the impact on the wider Twitch ecosystem to consider. Streamers who aren’t playing Fortnite right now are losing out, while Ninja is making $500,000 a month and smashing records for subs and viewership. In just ten days from February 22 to March 3,Ninja’s channel gained over 50,000 new subs. Since then, though, he’s had alittle help from Drake, which surely no-one can begrudge him.