Update, July 11: The Fortnite Season 5 theme has been officially revealed.

Following a series of teasers earlier this week, Epic Games has fully, finally, declared the theme for Fortnite Season 5. The image, which was tweeted earlier this afternoon, simply re-confirms the release date of the new season (it’s tomorrow, in case you weren’t sure), while announcing that “worlds collide” tomorrow. You can check it out in a tweet below.

Beyond that, all we can do is guess at exactly what “worlds collide” means. In the PCGN office, we’re assuming that that enormous rift in the sky will start pulling in historical artifacts from all over, dividing the map into different regions based on the items that appear there.

You don’t have to go free to make the most popular game in the world – but it helps. Here are the best free games on PC.

A prior teaser looked a whole lot like Kratos’s Leviathan axe, though it doesn’t seem like it’s a result of a direct crossover. Either way, it’s likely to be a harvesting tool when the new season launches, and fits right in with the theme that seems to be bringing in items from across time and space.

This comes after the previous teaser, showing a brightly coloured mask at the center of its own rift. The mask is white with red markings and a golden piece across the forehead. The colours and shape look rather like the kitsune, a fox-like creature from Japanese mythology. Some fans are speculating that it may rather be an image of Bastet, an Egyptian cat god, but those colours look rather traditionally Japanese to me.

Either way, it hints at the theme for season 5. Fortnite now shows anews updatewith the image along with the words “worlds collide,” and a countdown to the launch of the new season. Whether the mask is Japanese or Egyptian, all these teases point to a multicultural theme for Fortnite’s next big update. 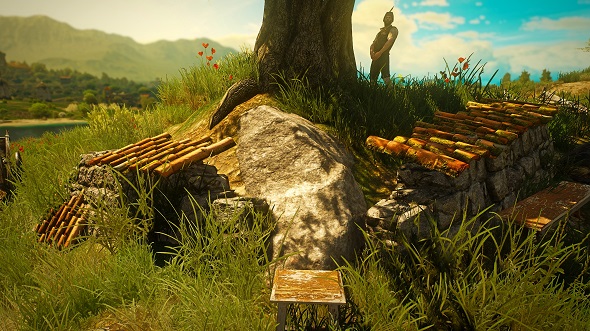 The mask is likely a hint at a new skin, but it doesn’t have any apparent connection to the other items that have shown up in Fortnite lately, like the stagecoaches and anchors that have appeared on the map. The connection, then, seems to be the rifts – items are getting pulled into the Fortnite map from all over the world, leading to a multicultural theme for the new season with new bits getting pulled in from all over the planet.

This is all pure speculation at this point, but Epic’s strongly hinting in that direction. We only have a few days left to go until the Fortnite season 5 release date, so it won’t be much longer until we know for sure how this all manifests in-game.