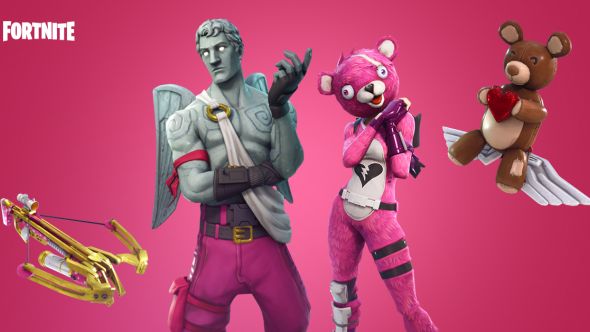 The Supremes once sang “you can’t hurry love” and Epic Games can testify to that. Fortnite’s Valentine’s Day update is finally live, after the romantic holiday, due to a series of delays.

Want to be the best? Check out our Fortnite Battle Royale tips.

The news of the final delay came fromReddit, where Epic apologised for “poor communication around this release and the delay of the patch.”

“We did a poor job communicating this and did not create a good experience for you,” community coordinator Sean Hamilton wrote.

Hamilton also announced that, due to the delay, changes have been made to the Seasonal Gold reset.

“The initial plan was to reset Seasonal Gold in version 2.5.0 which may have caused you to lose leftover gold,” Hamilton explains. “To try and avoid that we adjusted to convert the leftover gold to Firecracker Tickets. Due to the delay in the build, there is nothing in the event store and Storm Llamas have disappeared.

“Future gold resets will be on specific dates, following the Spring it on Event, and we will communicate that information to you in advance. For now, Seasonal Gold will be converted to Firecracker Tickets. We’ll be adding a random Blue Schematic (no limit on number) to the store, for you to spend any leftover Seasonal Gold you have.”

Fortnite’s Valentine’s Day update sees the introduction of Valentines-themed skins, a new glider, and Cupid’s crossbow so you can keep the romance alive.