Where do you go to visit some Fortnite graffiti-covered billboards? Epic’s sprawling battle royale map spreads far and wide, so you’ll have a bit of a search on your hands if you don’t know where to go. On top of that, there are dozens of billboards, but only three of them count for this Fortnite mission. If you find one with a smiley face and a ‘GG’ on it, you’re in luck.

As the Thursday challenge refresh has come and gone, we have a fresh set of missions and objectives to go after. As you’ll quickly notice, they’re all unfolding to a graffiti theme. So far, we’ve collected some Fortnite lost spraycans, tagged up some Fortnite gas stations, and searched through containers with windows.

For this challenge, we’ll be looking for two graffiti-covered billboards. There are three in total, but we’ll show you where they all are so you can pick and choose which ones you want to visit. So, if you’re ready to find some vandalised advertisements, get your map out and set a waypoint for the race track. Here is where to go to visit Fortnite graffiti-covered billboards.

While you’re waiting for the match to start, and are standing in the waiting area, look to the right of the map, and you’ll see the race track in the desert region of the map in sector I7. As you’re gliding in, aim for the left of the racetrack, and you should find the billboard waiting for you. 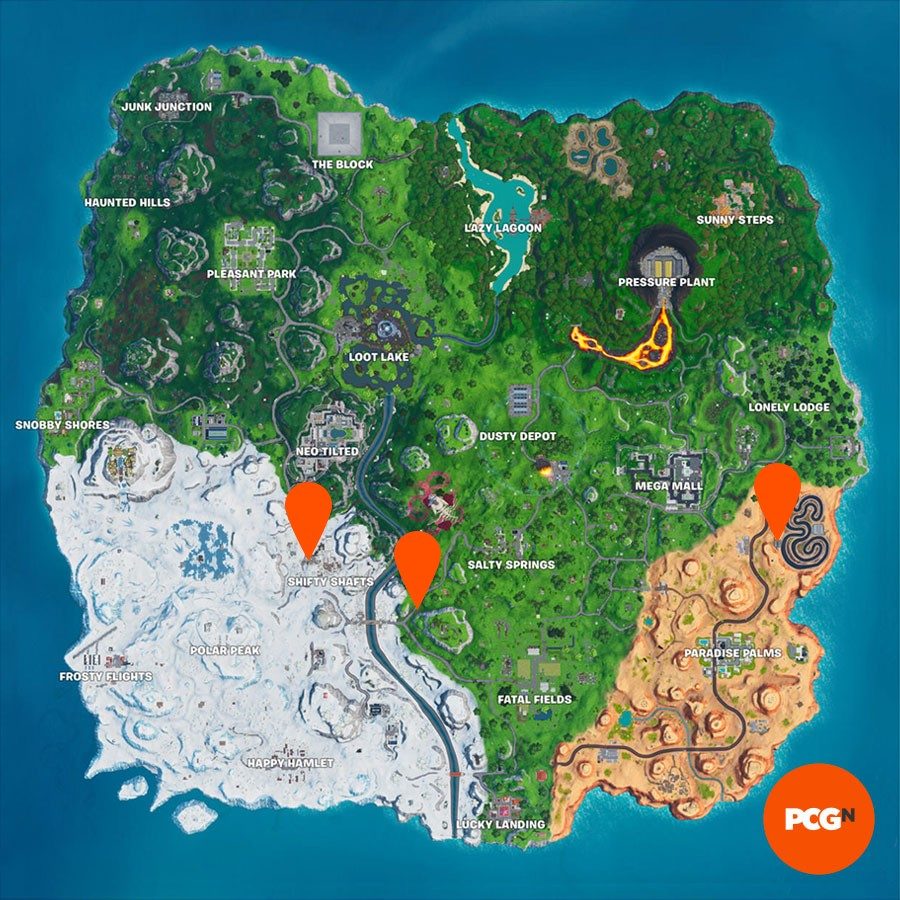 Bit of a journey to the next two, but head past Salty Springs and you’ll find another billboard to the south-west of it – it’s in sector E7 if you’re struggling. Finally, to round off this list of all graffiti-covered billboards in Fortnite, make the short trek to Shifty Shafts, exit through the west side of the named location, and you’ll come to the final billboard.

And there you have it, where to visit some Fortnite graffiti-covered billboards. You only need two of the three, so it’s quicker nabbing the two next to Shifty Shafts. But there’s a billboard over by the race track just in case you need it for whatever reason.

That should be all of your Fortnite billboard needs catered to, so all that’s left to do is wish you good luck out there avoiding the Fortnite Brutes – it’s only going to get trickier when you prestige this week’s mission.