One of this week’s Fortnite challenges asks us to find a hero mansion and an abandoned villain lair. That’s all well and good, but there isn’t much of a hint here that tells us where we can find either one.

However, thanks to us, finding these abandoned abodes should be pretty easy. You don’t need any skins or emotes from the Season 10 Battle Pass in order to complete this mission, either, so it’s as easy as landing at two different locations on the Fortnite map. It’s not too dissimilar to a recent Fortnite challenge that asked us to visit a memorial cube in the lake or the desert, in that sense. For that one, though, we had to visit one of two cubes, whereas here we need to find both.

This challenge is part of this week’s Blockbuster set of challenges. It isn’t the only one, though, another Fortnite challenge asks us to search between a basement film camera, snowy stone head, and flashy gold big rig – busy times. For now, though, let’s focus on those Marvel-inspired, er, marvels. Here’s where to find the hero mansion and abandoned villain lair.

The Fortnite abandoned villain lair is on the left, or western, side of the map, and the hero mansion is off to the right. As such, you may not be able to get both of them in one go, but that’s fine. It also means that you may want to react to the trajectory of battlebus when deciding which one you want to shoot for first. Either way, we’ve marked ‘em both on the map below, so you know where to go. 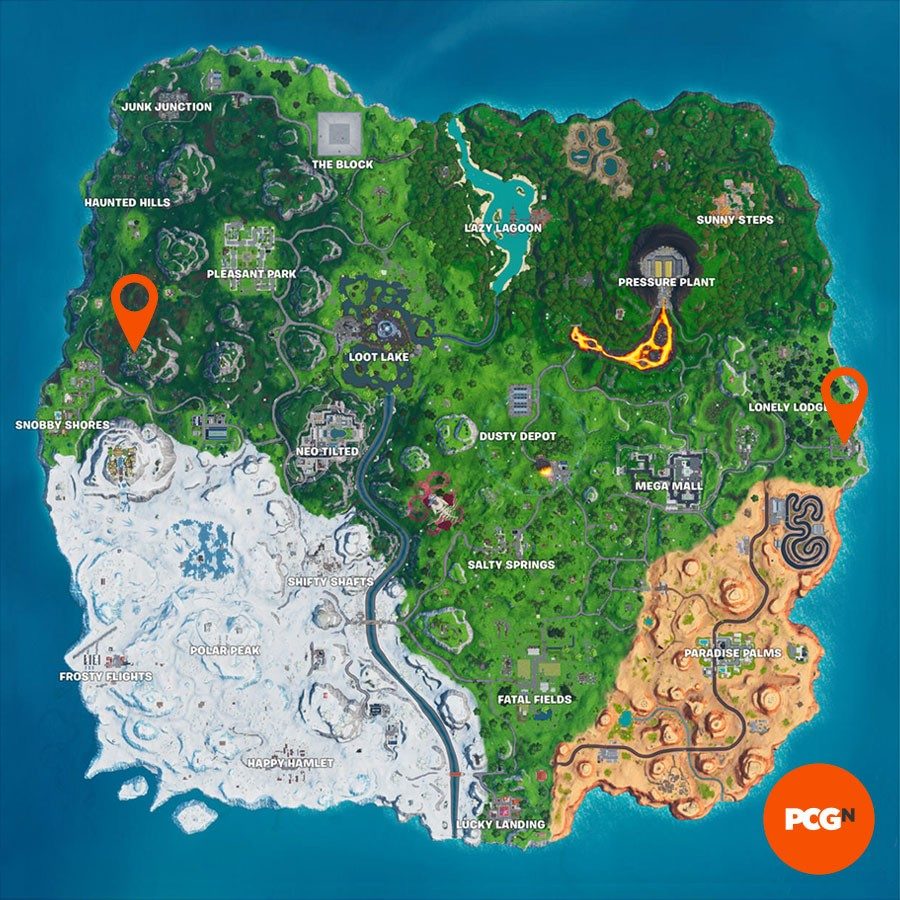 As we don’t stand for treachery and villainous intent, we’ll start with the hero mansion. It’s over on the east side of the map, nestled between the race track in the desert and Lonely Lodge. While it isn’t named, you can see it reasonably clearly as it has a road around it and a driveway. 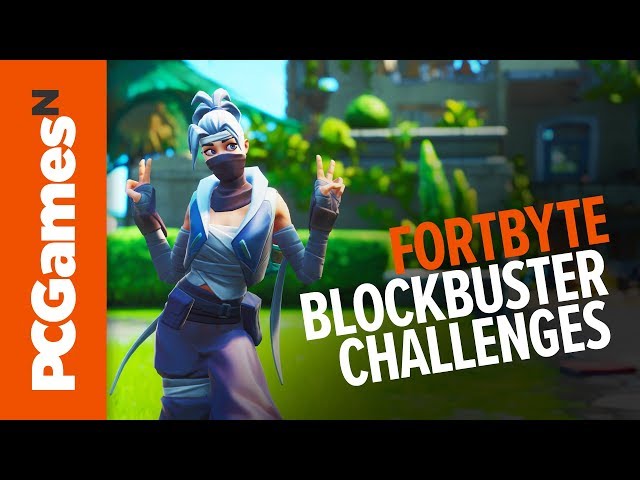 Once you’ve found it, we’re off to the other side of the map. You’ll need to be in a new match as the challenge says you need to land at each location. The abandoned villain lair is on top of the mountain that sits north-east of Snobby Shores.

And there you go, where to find Fortnite’s hero mansion and abandoned villain lair. They are some ways apart but, if you keep your wits about you, it’s easy to get from one to the other without getting stomped on by a B.R.U.T.E.