Want to know where to leave an IO car at an alien settlement in Fortnite? The alien invasion in the battle royale game is finally coming to an end, and this is one of the last legendary quests left to finish off before the season concludes. The aliens on Fortnite island may be a nuisance, but their unique alien IO weapons more than make up for this inconvenience. These powerful weapons come in several forms, including the deadly Rail Gun and the precise Pulse Rifle.

While you’re finishing off the last legendary quests to unlock Fortnite skins in the battle pass, you should collect as many Fortnite alien artifacts while you still can. The alien artifacts can be used to unlock styles for your Kymera skin, allowing you to create over 800,000 different alien combinations.

Don’t forget to check out some of our other guides on the legendary quests this week, in which you’re tasked to open a mission kit with deployable jammers inside, deploy pallets of cat food around the IO base and leave secret documents at the bus stop. Here’s where to leave an IO car at a Fortnite alien settlement.

Where to find IO cars

Unlike IO weapons, which are drastically different from their human counterparts, IO cars are largely the same as regular Fortnite vehicles. The main difference is the spawn locations – IO cars can be found exclusively in IO satellite locations and Corny Complex. 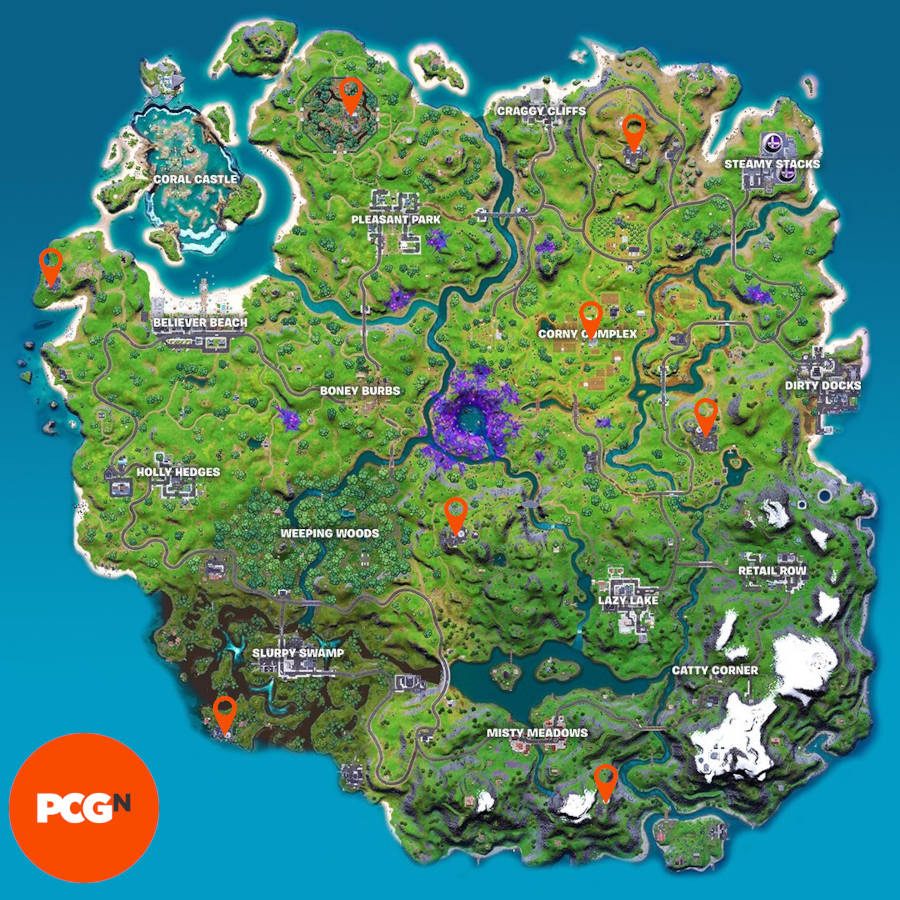 Here are all of the IO car locations in Fortnite:

The easiest way to complete this challenge is to head to the IO satellite location west of Believer Beach. Once you’ve acquired the IO car at this location, drive towards Holly Hatchery. Park the car inside one of the purple alien biomes to complete the challenge. Remember, all cars have a limited amount of fuel, so it’s important that you stick to our route as it’s guaranteed to work.

That’s all you need to leave an IO car at an alien settlement in Fortnite. Finish off your legendary quests to unlock great skins like Superman, Rick and Morty, and even Doctor Slone. Wondering what’s going to happen next season? Take a look at our Fortnite Chapter 2 Season 8 guide to discover which anime superstar could be joining the game.