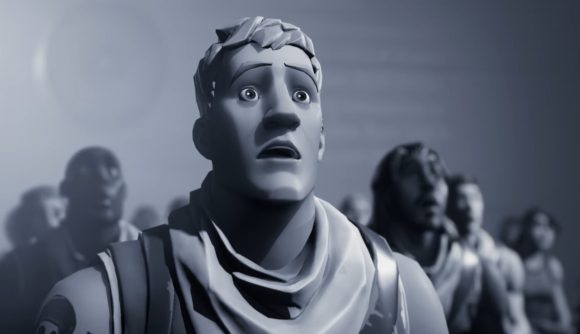 Fortnite has been kicked from the iOS App Store, after Epic set up a direct payment system to bypass Apple’s 30% cut of all purchases on the platform. Now, Epic has filed a lawsuit against Apple, alleging that the App Store constitutes an unlawful monopoly, and begun a #FreeFortnite PR campaign in an effort to bring fans in on the game publisher’s side. Here’s a breakdown of what’s happened and what it means for Fortnite.

The Apple App Store and Google Play Store both charge a 30% fee on most purchases made through each platform. 30% is standard for most digital sales platforms, including those on mobile devices, consoles, and through PC services like Steam. Epic Games as an organisation is not a fan of that 30% cut being standard. That was a large part of the launch of the Epic Games Store as a competitor to Steam, offering a profit structure where Epic would take a smaller, 12% cut of sales.

In July, Epic chief Tim Sweeney hinted at similar dissatisfaction with mobile storefronts, as Apple and other big tech companies faced antitrust hearings in the US. Sweeney told CNBC that “If every developer could accept their own payments and avoid the 30% tax by Apple and Google we could pass the savings along to all our consumers and players would get a better deal on items. And you’d have economic competition.”

On August 13, Epic announced a permanent 20% price reduction for V-Bucks, Fortnite’s in-game currency. The discount applies to all versions of the game, but there’s a catch. On both iOS and Android, you’d need to use Epic’s new third-party payment processor to get the discount. V-Bucks purchases through the App Store and Google Play Store would still be full price.

A few hours later, Apple removed Fortnite from the iOS App Store. “Today, Epic Games took the unfortunate step of violating the App Store guidelines that are applied equally to every developer and designed to keep the store safe for our users,” Apple says in a statement. “Epic enabled a feature in its app which was not reviewed or approved by Apple, and they did so with the express intent of violating the App Store guidelines regarding in-app payments that apply to every developer who sells digital goods or services.”

Fortnite is still available on iOS devices if you have it installed, and can be redownloaded through the purchase history section of the store. However, Epic will not be allowed to update the game on iOS until these issues are resolved – which means that once the next season hits on August 27, Fortnite will be totally dead on iOS.

Within an hour of Fortnite’s removal from the App Store, Epic revealed a ‘Nineteen Eighty-Fortnite’ event to debut in-game, and announced that it had filed a lawsuit against Apple in the Northern District Court of California.

Epic alleges that Apple is maintaining an anti-competitive market and unlawful monopoly through its App Store policies. Epic isn’t looking for monetary damages – the company “seeks injunctive relief in court to end Apple’s unreasonable and unlawful practices. Apple’s conduct has caused and continues to cause Epic financial harm, but as noted above, Epic is not bringing this case to recover these damages; Epic is not seeking any monetary damages. Instead, Epic seeks to end Apple’s dominance over key technology markets, open up the space for progress and ingenuity, and ensure that Apple mobile devices are open to the same competition as Apple’s personal computers.”

Elsewhere in the lawsuit, Epic notes that “absent Apple’s anti-competitive conduct, Epic would also create an app store for iOS”.

In the suit, Epic repeatedly invokes Apple’s famous 1984 commercial, which in turn is inspired by George Owell’s classic dystopian novel, Nineteen Eighty-Four. Apple published the commercial around the debut of the Macintosh computer, and it was intended at least in part to symbolise competition against IBM’s broad control of the home computer market.

Shortly after the lawsuit was made public, Epic released the Nineteen Eighty-Fortnite short. An obvious parody of Apple’s 1984 commercial, it features a Big Brother stand-in saying “Today, we celebrate the anniversary of the platform unification directives. For years they have given us their songs, their labour, their dreams. In exchange, we have taken our tribute, our profits, our control. This power is ours, and ours alone. We shall prevail.”

After the screen is destroyed by the video’s hero, a bit of text scrolls up. “Epic Games has defied the App Store Monopoly. In retaliation, Apple is blocking Fortnite from a billion devices. Join the fight to stop 2020 from becoming ‘1984’.” 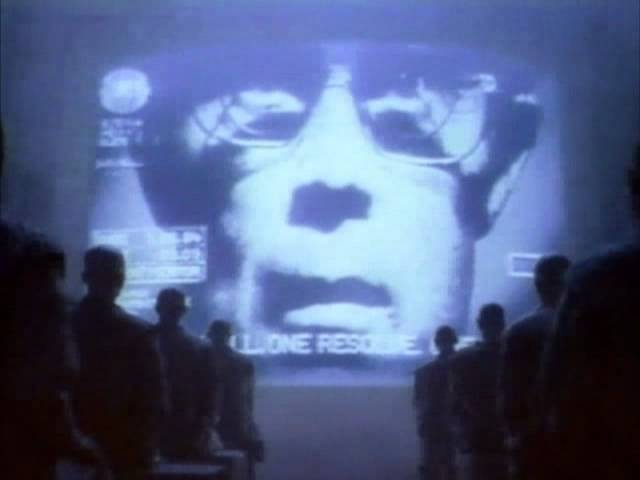 Epic is now bringing Fortnite players into its dispute with Apple, encouraging fans to join a ‘Free Fortnite‘ campaign by tweeting at the App Store account. “Epic believes that you have a right to save money thanks to using more efficient, new purchase options. Apple’s rules add a 30% tax on all of your purchases, and they punish game developers like us who offer direct payment options.”