Where are the Fortnite Lazy Lake and Hydro 16 time trial locations? We’re back at it again this week but this time we’re dipping into the water for a swim. There are two time trials for us to do this week, though we only have minor hints to their whereabouts.

If you’re new to all of this, time trials are fairly straight-forward once you find them. Once you pass through the floating blue stopwatch, you simply have to hit the checkpoints in the right order before time runs out. The real challenge is doing it while avoiding the shrinking storm and hail of bullets from enemies. There are plenty of other Fortnite challenges this week. Such as finding the Fortnite letter E, though – sadly – that’ll round us off for all the letters. We’re sure something else will come along in Fortnite Chapter 2 Season 2, though.

Moving on, In this guide we’ll go over where you can find Fortnite Lazy Lake and Hydro 16 time trial locations. We’ll even throw in a map for good measure, just to make sure the locations are as clear as the water you’re swimming in.

First we’re heading to the west of Lazy Lake. If you look at the map below you’ll see a river running down south. There’s a tiny bit of land that sticks into the river, and that’s where we’re going. Once you find the stopwatch to start the trial, you’ll be swimming north to pick up eight more. 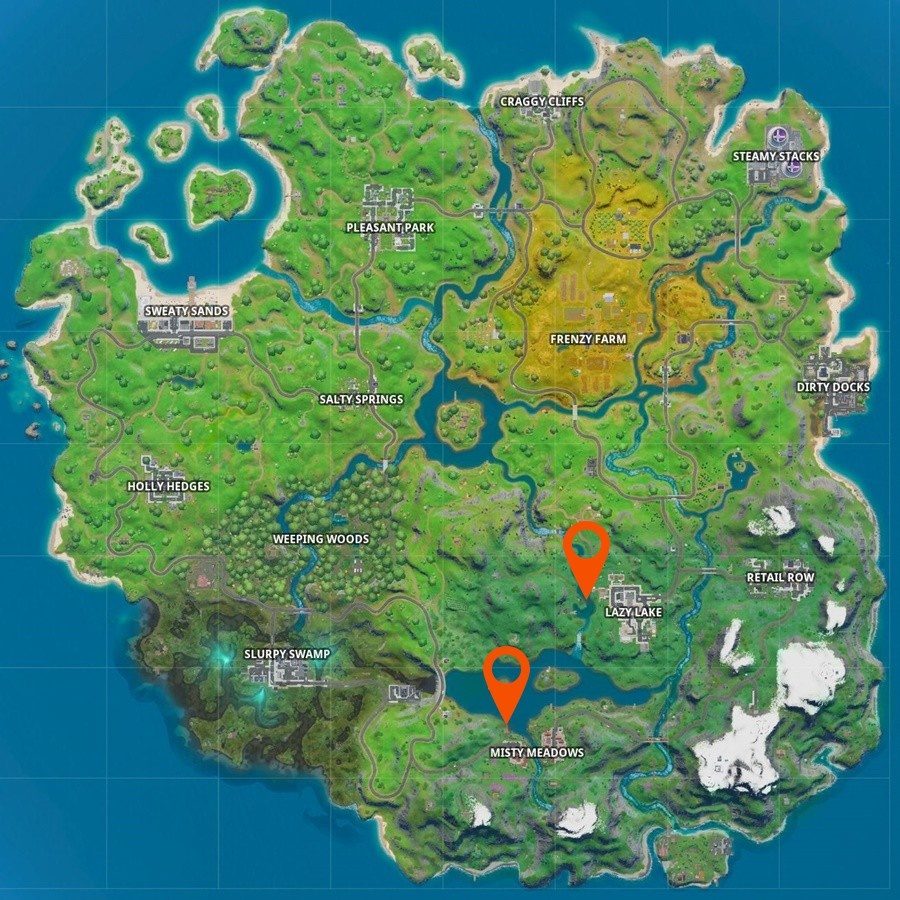 Once that’s done, load up another match and head east of Hydro 16. You’ll find the stopwatch to start the trial northwest of Misty Meadows and straight south of the nearby island. This one is a doddle, and only requires you to hit three checkpoints.

And there you have it, the Fortnite Lazy Lake and Hydro 16 time trial locations. Finding them is the hard part, so once you get there the rest is pretty straight forward.