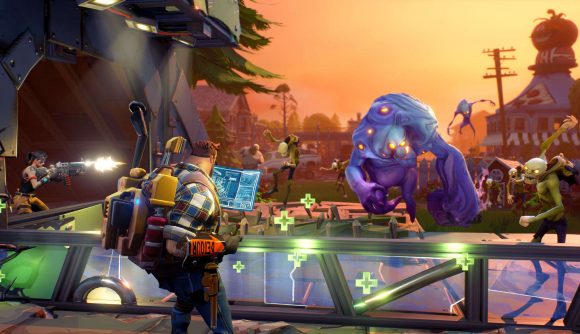 Fortnite is finally losing the ‘Early Access’ status that it’s sported since the launch of Save the World back in July 2017. Epic announced today that both Save the World and Fortnite’s massively popular Battle Royale modes would drop the legacy label, but that Save the World will remain a premium product rather than going free to play as had been the plan.

“Today we’re bringing Save the World out of Early Access and have decided that it will remain a premium experience rather than going free-to-play,” the Fortnite team wrote in a blog post published today. While the team didn’t explain the rationale behind the decision to keep Save the World as a premium game, it announced that the owners of paid Founder’s Packs will all receive free upgrades, boosting their existing packs to the next level. Owners of the Ultimate Edition will receive a new Metal Team Leader Pack, plus 8,000 V-Bucks.

If you are not familiar with Save the World mode, that’s not a big surprise – even though Save the World is what Fortnite was when it first launched, before adding the battle royale mode that would dominate so much of the gaming landscape in the years to follow. That mode, free to play and part of a massively popular trend, quickly eclipsed Save the World and was what put Fortnite on the radar for most of the world.

But while it’s hardly a surprise to see Epic “slowing” development on the mode, it still has its devoted fans – some of whom feel slighted by the move. A subreddit devoted to Save the World changed its description to read, “The developer abandoned, community run subreddit dedicated to Fortnite: Save the World from Epic Games.”

To soften the sting, Epic has introduced a system called Ventures to Save the World. Ventures, it explains, are season-long ‘excursions’ that introduce a new seasonal zone and a progression path and levels to work through. Earning experience by completing challenges ramps up the difficulty, but also the opportunity to earn supercharger materials that can be used to raise items you’ve found beyond the current level cap.

Seasons in Save the World will repeat each year, and the existing library of heroes, quests, and schematics will rotate in and out over the course of each. Epic says it will introduce new heroes and questlines, but at a slower pace than before.

“We hope that Save the World and the upcoming Ventures update will inspire you to continue your adventure and share your stories with us along the way,” the Fortnite team concluded.