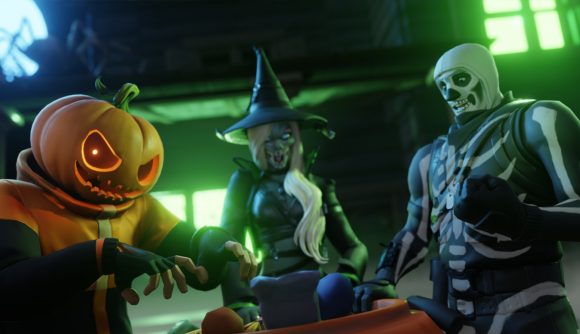 Fortnite already basically has a cinematic universe, so why not go all the way, right? According to a new report, Epic is considering building an entertainment division focused on “scripted video programming”, and one of the options such an initiative would put on the table is a feature film based on Fortnite.

A Fortnite film has already been discussed at Epic, according to a report from The Information. Earlier this year, the company hired a number of former Lucasfilm executives, including Jason McGatlin, who is now president of “special projects” at Epic after serving as executive on Disney’s Star Wars films.

An Epic representative declined to comment on the reports. The Fortnite plot has already expanded into other forms of media, including a crossover comic series at DC. With everything from The Lego Movie to Ready Player One and Space Jam laying the Hollywood groundwork for the brand-montage ‘metaverse’, Fortnite might just follow suit. Or, hey, maybe we’ll just get a movie about Peely and Kevin the Cube. (Gosh I hope Kevin’s in it.)

For now, though, whatever we dream up about a potential Fortnite movie will remain a dream for a good bit longer.

In the world of Fortnite proper, the Fortnitemares event has returned, XP continues to get buffed, and the Walking Dead crossover has expanded again. For more battle royale games, you can follow that link.