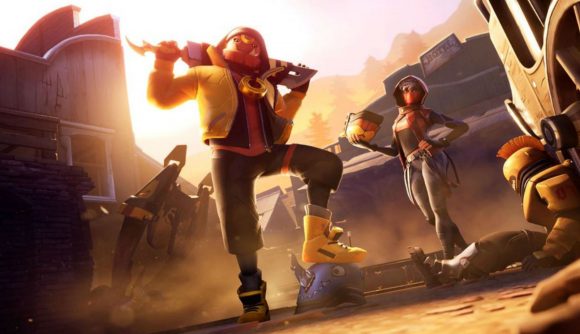 Tyler ‘Ninja’ Blevins has now moved on from streaming platform Twitch to one of its competitors, Microsoft’s Mixer, and doesn’t seem to be showing signs of losing viewers so far. In the meantime, it looks like Twitch is making use of his previous channel – it’s using it to highlight other Fortnite streaming channels on offer on the site.

As spotted by Dexerto, Ninja’s Twitch channel still exists, but it now reads “the Ninja you’re looking for is in another castle. Check out these popular live channels”, offering a variety of different live Fortnite streaming channel alternatives. Given that Ninja’s page still has well over 14,000,000 followers at the time of writing, it seems likely that Twitch has identified it as a useful way to connect viewers with other Fortnite content now that its top streamer has moved on.

However, users keen to catch up Ninja’s pre-move streams and clips can still find them on his channel under the relevant tabs – only his homepage is being used to highlight other channels.

Since his move to stream exclusively on Mixer last week, Ninja has gained over 600,000 followers on his new channel, kicking off with a Lollapalooza festival stream as his first on the channel this past weekend.

Ninja’s first stream on the platform saw a peak of 73,109 and an average of 57,290 viewers – roughly equivalent to the peak viewer numbers for his more recent Twitch streams, and higher than their average viewer numbers.