Want to know where the plasma cannon is in Fortnite? The newest weapon added to the many Fortnite guns in Chapter 2 Season 7 is the plasma cannon. At first glance, it looks like a powerful weapon that could deal tons of damage to foes, much like the rocket launcher or a close-range shotgun, but in our testing of this new device, we think its uses are more support-based.

Other recent additions to the latest season of the popular battle royale game include the ridiculous Fortnite Inflate-a-Bull, as well as alien parasites that are infecting the Fortnite animals. Fortnite nanites have also been added to the game, to create a localised area where the gravitational pull is severely lowered in strength.

On the surface, the new Fortnite plasma cannon is a brand new weapon, but on further inspection it’s remarkably similar to Fortnite UFOs. Since it’s likely that we’ll be seeing this weapon take on a more dominant role in the current meta, we figure you should know everything about it, which essentially boils down to ‘where to find it’ and ‘how to use it’.

You can find the new Fortnite plasma cannon in any place where you would normally find alien weapons. This includes the IO satellite stations, dropped by the intruders flying the UFOs above certain locations, and as a reward for completing the mothership minigame. 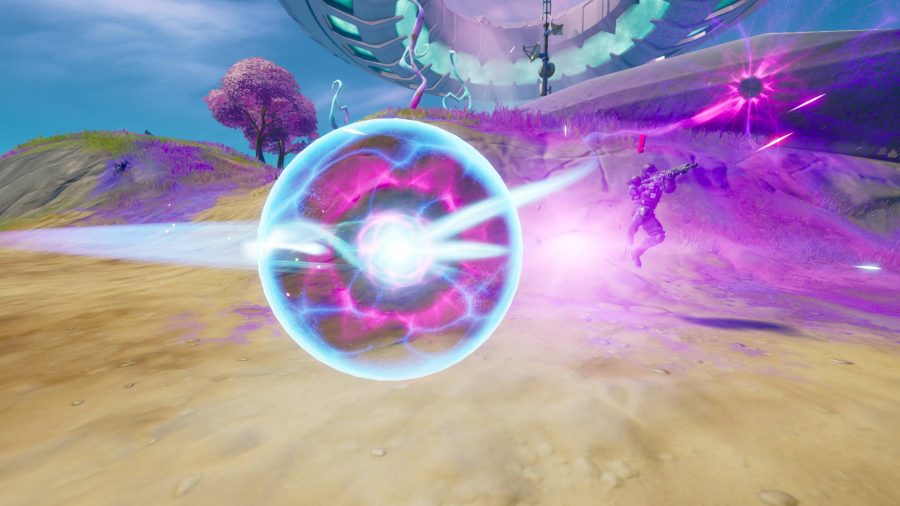 How do I use the Fortnite plasma cannon?

This legendary weapon is a pistol-sized device that charges up when you attempt to fire it. At the end of the charge, it launches a plasma field that moves slowly in the direction you point it at. Anything within its field takes 33 damage every time the field gets close to them. They’re also launched into the air, similar to how the UFOs deal damage, and it can hit multiple enemies at once. It only has five rounds and no way to recharge it.

As for whether or not it’s a viable weapon for Fortnite Chapter 2 Season 7, it’s not built for damage, as it’s outclassed by the burst assault rifle you can make by crafting an assault rifle with some nuts, and most of the other alien weapons. But if your opponent’s reaction to getting shot at is to create a defensive tower out of the building materials, the plasma cannon makes short work of it. Fire one shot, switch to your damaging weapon, and fire on your opponent as they plummet to the ground.

And really that’s all you need to know about the new Fortnite plasma cannon: it’s a great tool for getting rid of big towers in a flash. As long as you have a second weapon that’s doing damage to the opponent, you should find this to be a good option to counter this rather annoying strategy.