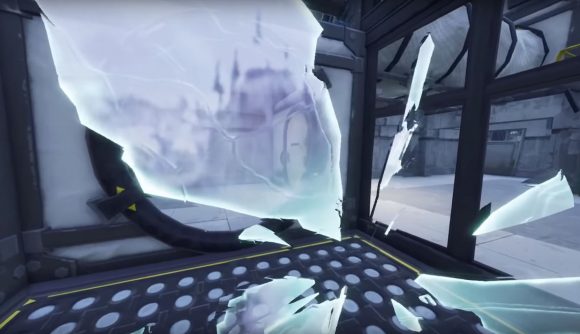 Glider re-deployment may be gone, but there’s a flash new way to get around in Fortnite to fill the space it leaves in your traversal options. If you go down to the (Wailing) Woods today, you’ll find a four-way teleporter junction in the bunker at their centre.

The discovery was made by u/TimSad on Reddit, who has uploaded a short clip of the teleporters in use. It doesn’t look like they send you very far – each of the four teleporters drops you in the forest, just outside the bunker. It should be handy for looting Wailing Woods in the early-game, and would be the ideal place to lose a pursuer if you happen to be nearby. More generally it will drastically cut your traversal time across the forest, which isn’t nothing, I guess.

The bunker was previously occupied by a rift, in which players saw the image of a fantasy castle earlier this week. Now it seems that rift has grown up and had a bunch of teleporters, which will no doubt mature into further hints of what’s coming next in season seven, and thus the Fortnite cycle spins endlessly on.

It’s worth noting the fantasy castle looks a little snowbound, so season seven – or failing that, a Christmas event – may have a winter theme. Shockingly.

Check out the video by TimSad above, and click through the Reddit thread to enjoy Portal jokes galore. We’re in week eight of season six right now, so not long to go until the next wacky shenanigans transpire.