Want to know where to place Fortnite spy probes? Those pesky aliens are going a bit far now, they’re now trying to abduct named locations – specifically Slurpy Swamp. Perhaps getting the slurp juice was their endgame after all. Doctor Sloane won’t let this injustice go unnoticed, so she sends us to find out what’s going on via the legendary challenges.

Other legendary challenges she has set us this week include equipping a detector to then disable an alien billboard, collecting resources from Holly Hatchery, eliminating Fortnite trespassers, and placing a bioscanner in an alien biome. Doing these challenges also nets you lots of experience every week, so if you want this season’s battle pass Fortnite skins, this is probably the fastest way to get tons of experience quickly. 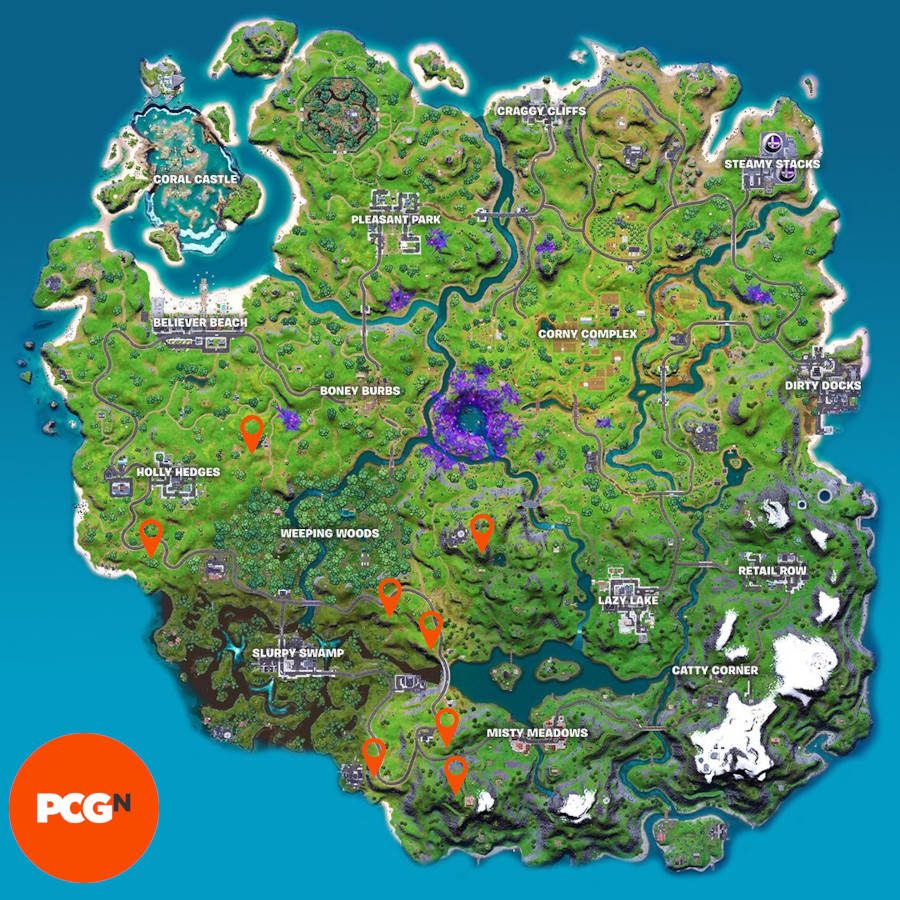 And that’s where you need to place the spy probes in Fortnite. Thankfully you don’t need to do this one all in one match. The epic challenges for this week will appear tomorrow, alongside this week’s Fortnite alien artifacts. They’re used solely to get new Fortnite Kymera styles, and given that we’re in week 9, you should be close to unlocking all of them.