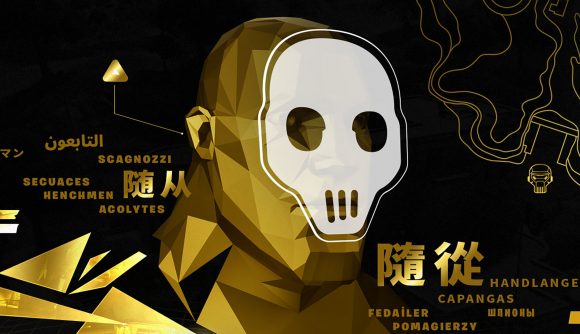 Fortnite chapter 2, season 2 is just around the corner, and developer Epic Games has begun ramping up the teasers in anticipation. New cryptic images and mysterious webpages have been popping up, and dataminers have already delved in to uncover the new season’s title: TakeOver.

That’s according to infamous leaker Hypex, who obtained the information by mining the Epic Games Launcher application. The leaker does say, however, that this could simply be an internal codename used for the season, rather than a moniker that will be used publicly.

Other leaks suggest the map’s middle island will be reworked for the upcoming season and that the mysterious gold face being painted around town is, in fact, the Chaos Agent from Fortnite chapter two, season one. Some fans are also speculating the coming season will contain helicopters, as one of the teaser images contains a symbol that looks similar to a helipad sign. More details teased include ships, thunder and lightning, and a pyramid.

Choppers and the Chaos Agent, at least, would fit in with a lot of the themes present in the teasers so far, which have mostly focused on espionage and spies. And cats, for some reason.