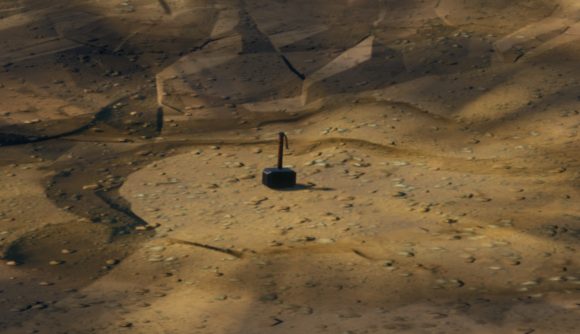 After a weekend’s worth of comic books to read, the big Fortnite x Marvel crossover is starting to manifest in-game ahead of the launch of Season 4. Thor’s hammer has landed on the map, teasing the Marvel hero’s arrival in the new season. It doesn’t appear to do anything just yet, but if you want to gawk at it for now, here’s where to find Mjolnir.

You’ll find the hammer just southwest of Salty Springs, sitting in a crater that’ll be obvious from the battle bus. It’s not doing anything especially exciting just yet, and there’s no apparent way to interact with the hammer or pick it up – clearly, none of us have been deemed worthy in the eyes of Asgard just yet.

The appearance of Mjolnir ties in with the most recent pages added to the comic book now available on the Battle Pass screen. The story so far has had Galactus searching the galaxy in search of five worlds to devour, which will give him the power to avert a reality-destroying disaster. So Thor has tagged along as Galactus’s herald, evacuating the inhabitants of the planets to be devoured via the Bifrost bridge.

One of those planets, of course, is the one where Fortnite takes place – Thor lands on the island, gets into a fight with a bunch of Fortnite characters, loses his memory, and drops the hammer. More pages of the comic will likely debut in the last couple of days leading into Season 4, and it’s likely the map changes will start getting more substantial as we get closer to launch. 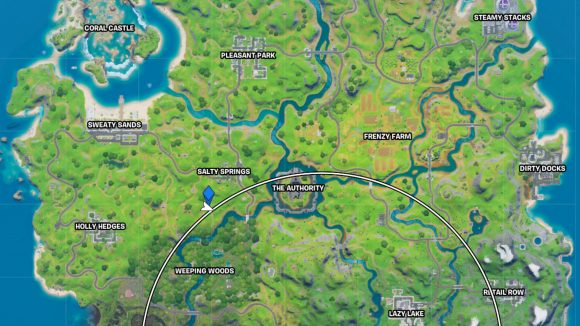 The image above will point you toward the hammer. It’s especially notable that the book has been referencing mainline Marvel comics continuity – the tie-in hasn’t been to the MCU or the upcoming Avengers game, as you’d generally expect from a big ol’ co-branded marketing effort.

THEY cannot defeat HIM without working together.

Fortnite Chapter 2 Season 4 is officially scheduled to launch on August 27 – at least on PC and console. Epic’s pushing hard to bypass mobile payment processors for Fortnite V-Bucks, and Apple and Google have not taken kindly to losing their cut. Thus, Fortnite will be blocked from receiving new updates on mobile once the season starts, and mobile players will likely miss out on the start of the new season.