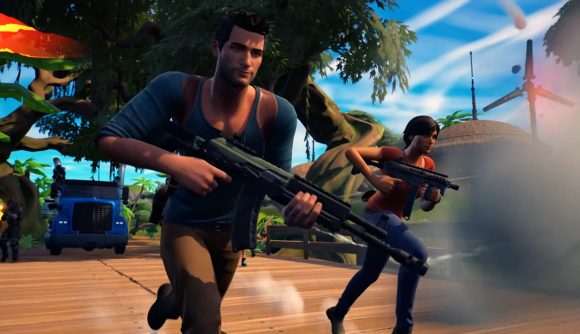 The anticipated Fortnite x Uncharted crossover has revealed its first trailer alongside its release date and confirmation of the skins players will be able to pick up. Despite arriving alongside the US release of the movie next week, the Fortnite Uncharted skins will include both Tom Holland and the game version of Nathan Drake, a.k.a. the skin players will actually use.

The Uncharted event for Epic’s popular battle royale will release on February 17, the day before the movie comes out in the US after a long and tumultuous development – although the film’s out now in the UK. The Fortnite crossover was hinted at last week after leakers spotted special treasure map challenges going live next week that could only really be for an Uncharted event.

The worry was amongst Uncharted fans that the collab would only include movie skins such as the Tom Holland version of Nathan Drake, despite Holland having only just appeared in Fortnite with the big Spider-Man crossover earlier this season.

The good news is that the Uncharted bundle will include both the movie and game versions of Nathan Drake and Chloe Frazer, played in the film by Sophia Ali. It looks like the collab will also include a crashing plane glider too, which is rather neat. 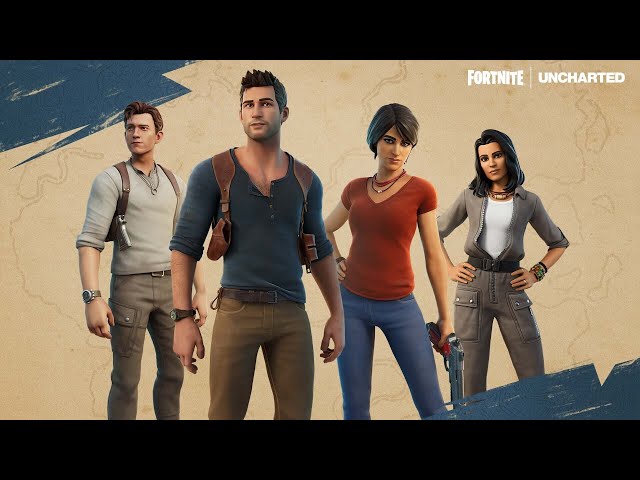 Epic recently sent out a load of physical clues to the Uncharted crossover, which it tasked players with solving. It eventually lead to a special treasure hunt website and the password “sicparvismagna” – the Latin inscription on Nate Drake’s ring – and the trailer above. It all got solved really, really fast.

HELP! Epic Games just sent me this to solve for a new collaboration! I need to combine my information with other content creators! I think this is for the new Uncharted film releasing this week! #EpicPartner pic.twitter.com/s233mdhMZr

The Uncharted crossover in Fortnite starts next week and the movie’s either out now or February 18, for people in the US. Of course, it would’ve been nicer if we actually had an Uncharted game to play on PC by now, but that collection’s still not got a PC release date other than “2022”. Grr.