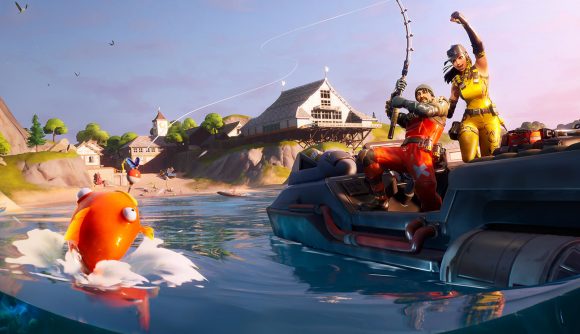 Today, Epic debuted Unreal Engine 5 demo to showcase the next generation of the tech that’s powered countless games across the industry and around the world. Epic’s own flagship game, Fortnite, will make the transition to UE5 next year, right around the time the new engine fully releases to developers – but the game will make the leap to next-gen consoles well before then.

“We will release Fortnite, built with UE4, on next-gen consoles at launch,” Epic says in a blog post. “And, in keeping with our commitment to prove out industry-leading features through internal production, migrate the game to UE5 in mid-2021.” UE5 will be “available in preview in early 2021” to external studios, with a full release to follow “late in 2021”.

Fortnite is already making use of new features from Unreal Engine 4.25, which has just seen a wide release to developers. The new features of 4.25 include the Niagara VFX system, which helps build improved particle effects, and improved Chaos physics, for more robust destruction scenes and physical reactions, as well as more fully-featured support for next-generation development.

What does this actually mean for you as an end user of Fortnite, though? Ideally, it’ll mean improved performance and fancier visuals for Epic’s take on battle royale games, though it’s unlikely Fortnite will suddenly look like the UE5 tech demo we saw today – the game will still have to support a wide array of players across various platforms and PC specs.

Can you run it? Check the Fortnite System Requirements at PCGameBenchmark.