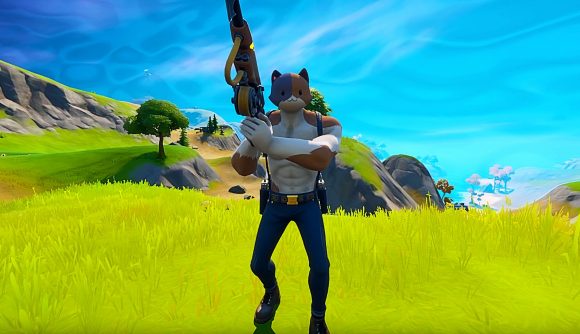 Fortnite has just got a fresh new update, bringing a batch of goodies to the battle royale game’s live servers. While there are no official patch notes to check out, dataminers have done what they do best and unveiled everything new in the game. Read on to find out what’s arrived in-game for update v12.30.

One cool new item included in the update (via Fortnite Insider and Fortnite Intel) is a Crash Pad. This nifty little box is less about crashing, however, and more about catapulting yourself into the air. It’s basically a portable trampoline you chuck at the ground and jump up and down on to launch yourself into the map’s sky.

No sweat if you hit the ground after a particularly tremendous jump – you won’t take damage if you’ve jumped from a Crash Pad, and similarly, deploying one while you’re falling from a height will also save you the bruises. Crash Pads come in sets of three, according to the unofficial notes, and it’s possible the maximum stack size will be six, though this isn’t confirmed just yet.

The update also brings a new legendary item: the Kingsman Umbrella. It’s reported to be a special melee weapon that also provides players with a handy shield, depending on the situation.

You can spin the umbrella around to gain a boost towards your foes and then use it as a weapon against them, while also opening it up to deflect enemy fire, and even as a gilder if needed, too. Take a look below:

In addition to the above items, there’s also a range of confirmed bugfixes added to the game, which are as follows (via the official Fortnite Trello board):