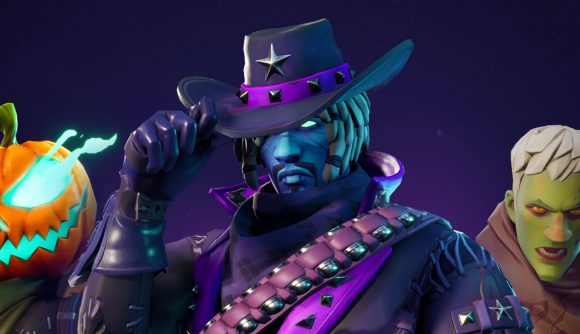 Fortnite is apparently getting a western-themed limited time mode (LTM), according to the dataminers at FNBRLeaks. The mode will ban “fancy tech” and limit your weapons to those which are period-appropriate, including a new explosive – dynamite.

FNBRLeaks had found evidence of dynamite before. After today’s discovery, they suggest dynamite will “most likely be next week’s content item, which will be featured in an LTM called ‘Wild West'”. According to descriptive in-game text, Wild West will disable your shields, forcing you to use slurp juice to heal. You’ll “fight for the Victory Royale” as usual, but will be restricted to “a limited set of weapons and items such as Hunting Rifles, Shotguns, and Dynamite. This town ain’t big enough for the hundred of us!”

Fortnite, as you’ll remember from last year’s Thanos event and numerous other on-the-pulse crossovers, has a thing about being current. With Red Dead Redemption 2 having been out for three weeks already, I’m only surprised this has taken so long. But hey, at least we can get Fortnite on PC.

Head over to Fortnite: Battle Royale Leaks on Twitter for the news from the horse’s mouth. It’s unconfirmed for now, of course – the latest official LTM is a 12v12 ‘food fight’ mode with infinite respawns.

– This mode has no automatic weapons, rocket launchers or traps.

– Check supply drops for slurp juice. Regular shields pots have been removed from this mode.

– Dynamite Is the only explosive found in Wild West. pic.twitter.com/k6m8IDnj2k

Elsewhere in Fortnite, the rift in the Wailing Woods bunker that was possibly dropping hints of season seven has become a four-way teleporter, which makes total sense, and provides a handy way to get around the forest in the meantime.